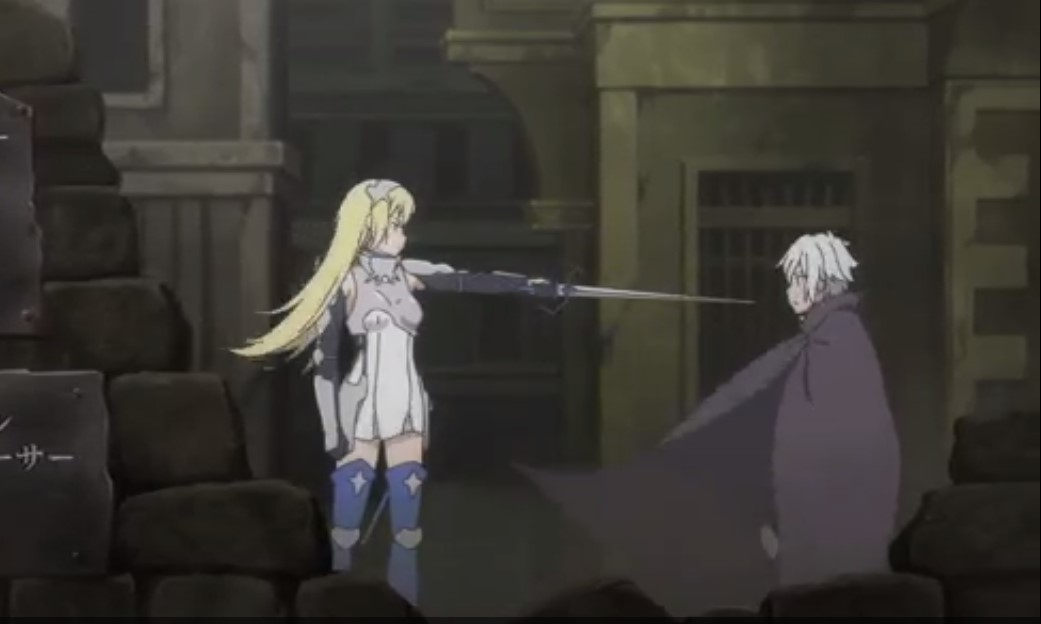 Danmachi has all been about monsters vs adventurers in the Dungeons through out the first two season. But with the introduction of Danmachi season 3 this season, things have taken a different turn and it now looks like a dungeon is not just a place where monsters roam. Danmachi season 3 made its debut with the fall 2020 anime season and things have been interesting ever since. Bell came across an intelligent monster in the Dungeon and along with that many events have unfolded that have changed the anime storyline and managed to introduce interesting developments.

When you have thought of it back it its previous seasons. One would have never imagined a situation where Bell and Ais fight it off seriously. But fans did wonder who would be stronger between the two of them. We did see them spar in training but of course Ais was holding back against bell. But the introduction of the talking monster have finally set the stage for Bell vs Ais that could even be to the death.

On the latest episode of the anime Bell had taken in a Vivre named Weine who the world basically regard as a monster into his care. But some developments led to her going in a rampage outside the Dungeon and now the Loki Familia led by Ais dispatched to kill Weine. And now the situation is on a stand-off as everyone else is surprised when Bell went to the defense of Weine as he now stands between Weine and the entire Loki Familia as his Familia stand in watch.

If anything this could lead to intense fighting between the two Familia as now Bell wants to defend Weine, the Vivre that the Loki Familia identifies as a monster and a danger to the people. Of course his Familia will not let that happen and a clash between them is likely to break out in the next episode of the anime. This is where we are likely to see Bell try to stop Ais and her Familia from killing Weine.

The debate on who could be stronger, Bell or Ais? will likely be settled in this fight as the Loki Familia seems to be prepared to go all out and try to kill Weine. Usually they don’t even break a sweat when dealing with monsters. And if Bell do not intervene Weine might not last longer and would end up bein killed.

Well what do you think of this encounter where Bell will finally be facing arguably the most powerful adventurer in Danmachi so far? Well we will find out more on that end when the next episode airs this weekend. But however you can try to look at this, the fight will likely be intense and very sad as neither Bell nor Ais would want to fight each other under these circumstances.