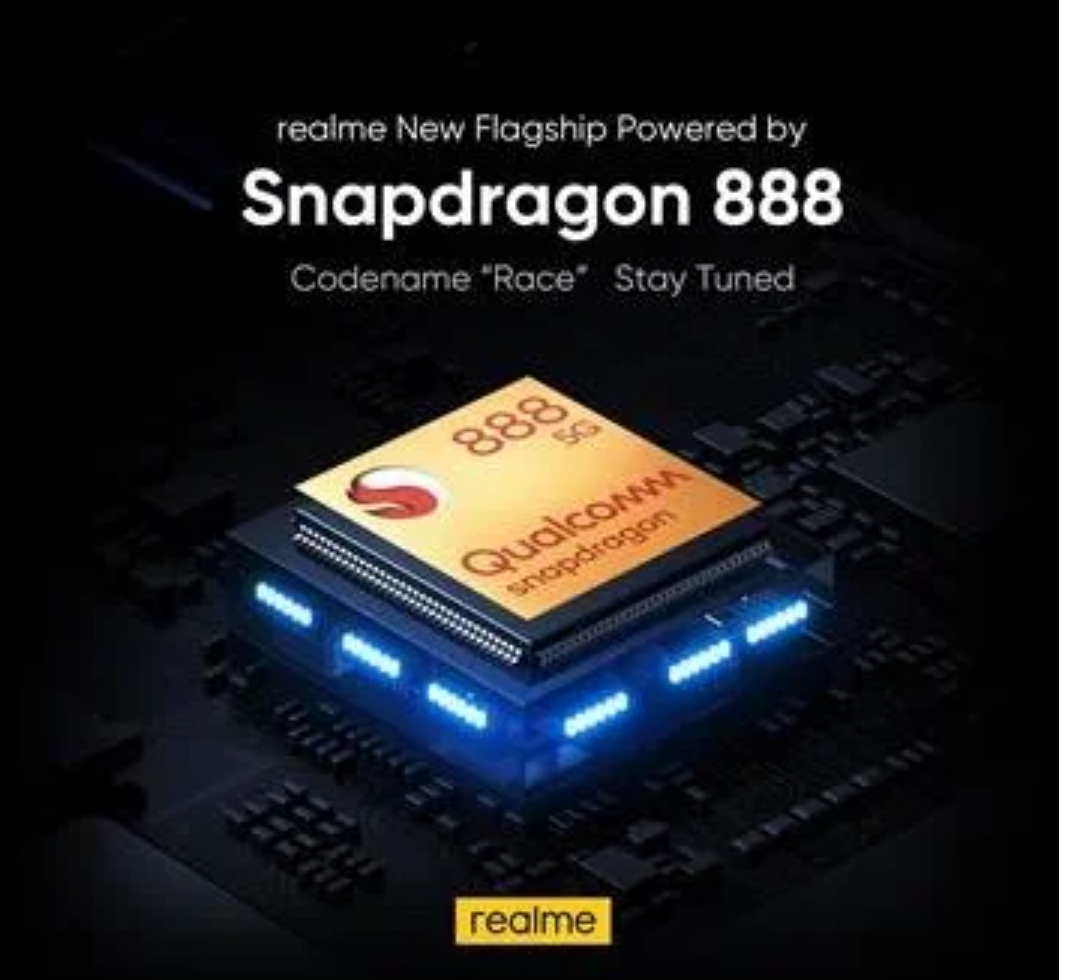 Recently, the rumors of a new flagship device by Realme have taken over the internet. It is officially confirmed that Realme’s upcoming device will be one of the firsts, powered by the Qualcomm Snapdragon 888 chipset. The announcement was made this Tuesday, at the annual Snapdragon Tech Summit of Qualcomm. Coded as ‘Realme Race,’ the design and the phone’s first look has not been revealed from the official site; however, an image said to be achieved by some reliable source has been leaked on the internet, hinting at the speculations and design of the phone.

As indicated in the image, Realme will ditch its regular camera style and switch to a circular module situated at the smartphone center, with a curved rear panel. A little similar to Nokia Lumia 1020, the phone will come up with four camera sensors placed inside the circular module with an LED flash sitting close to it. The company hasn’t given away much information about the specifications that will be there in Realme Race, except that it will be a 5G smartphone, capable of delivering lightning-fast performance and the best gaming experience owing to the presence of Snapdragon 888 chipset. As much as the color variants are concerned, we can say that the upcoming device will have at least one white variant, with a glossy, iridescent finish.

Keeping aside the design, there are a lot of other things that we should care about. A screenshot has been shared by the publication disclosing the phone’s model number, ‘RMX2022’, which will prove to be worthy in the future, to get more information on the device from several certification websites. The processor is already known to us, so we are not going to discuss it anymore. The smartphone will also have a storage variant of 12GB RAM, along with the other toned-down ones we usually get, including the 6GB and 8GB RAM variants. The internal memory is expected to come in 64 GB, 128 GB, and 256 GB. Since Realme is heard of updating the OS to a new version already, into the recent models, the upcoming phone is expected to operate on Realme UI 2.0, or more specifically, Android 11 Operating System.

It is still unknown if the flagship smartphone will support an Ultra Dart fast charger of 125W, which is very much probable since Realme Race is going to be a big launch for the company. If this prediction comes true, it will serve as a huge upgrade from the standard 65W charger, which is also available supported by other smartphone brands in the market currently.