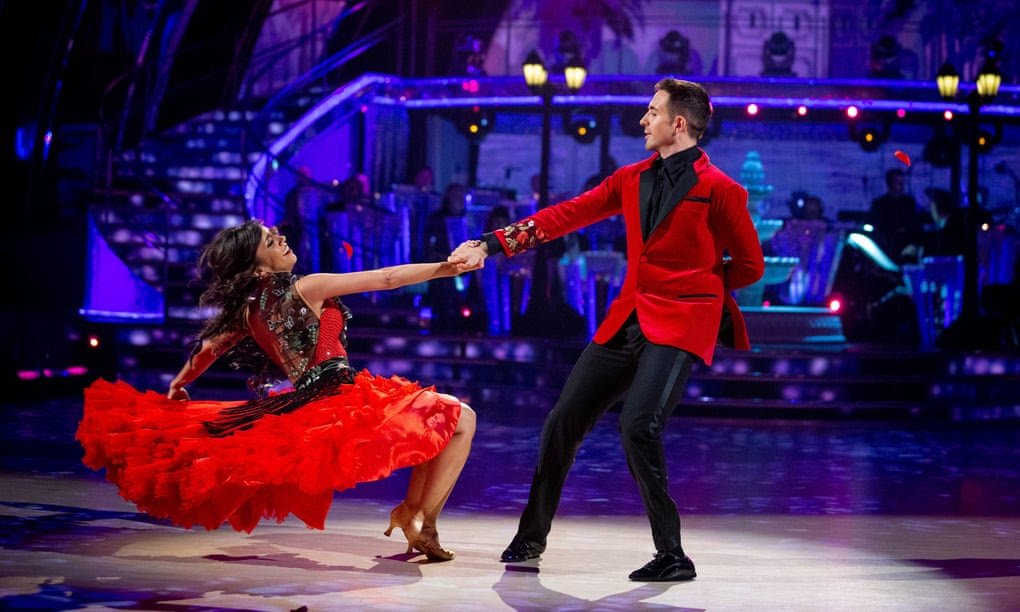 The English TV dancing contest, ‘Strictly Come Dancing’ Season 18, is nearing its end soon, with the finale just being ahead of two weeks. On December 12, 2020, the semifinal episode will premiere, where five out of the originally chosen twelve pairs will compete against each other in order to secure a position in the season finale. Last week, JJ & Amy, who had performed on ‘Chitty Chitty Bang Bang’ from the movie bearing the same name, got the least score and were eliminated from the contest. Along with the elimination, we got our top five contestants— Bill & Oti, Jamie & Karen, Ranvir & Giovanni, Maisie & Gorka, and HRVY & Janette. In the upcoming week, the British girl group members Little Mix will be making a guest appearance.

The 18th season of the show was launched on October 17, 2020, on BBC One, and began with the live performances the very next week on October 24, 2020. The show arrived a month later this year, because of the ongoing Coronavirus pandemic, along with the maintenance of complete precautions. Moreover, this season will run for only nine episodes, instead of the usual thirteen— again, thanks to the pandemic. As far as the hosts are concerned, the season has brought back Tess Daly and Claudia Winkleman. On the other hand, Rylan Clark-Neal and Zoe Ball have returned to host ‘Strictly Come Dancing: It Takes Two.’

For the upcoming week of the season, each of the couples is asked to give two dance performances on different kinds of music, ranging from that of Kylie Minogue to Metallica. Our first pair, Bill Bailey and Oti Mabuse, will be seen performing the Tango to ”Enter Sandman” by Metallica, and a Charleston to ”(Won’tWon’t You Come Home) Bill Bailey” by Chris Barber and Ottilie Patterson. After making it through the last week safely, HRVY and Janette Manrara will be seen doing the Rumba on Kylie Minogue’sMinogue’s song with James Corden, ”Only You” along with a Charleston to the song from ”La La Land,” namely, ”Another Day Of Sun”. As for Maisie Williams and Gorka Marquez, the pair will be performing the Viennese Waltz on ”A Thousand Years” by Christina Perri, and a Couples’Couples’ Choice to ”Getting Jiggy Wit It” by Will Smith. Meanwhile, Ranvir Singh and Giovanni Pernice will perform Waltz to Josh Groban’sGroban’s ”Un Giorno Per Noi,” and a Jive to Christina Aguilera’sAguilera’s ”Candyman” for the second performance. Our last pair in this list, Jamie Laing and Karen Hauer have chosen to Quickstep on John Denver’sDenver’s song, ”Thank God I’m A Country Boy” along with a Salsa on Donna Summer’sSummer’s song ”Last Dance”.

The show aims to pair celebrities with professional dancers to compete mostly in Latin and ballroom dance. Every week, one of the pair gets eliminated according to the lowest score awarded by a panel of judges. Craig Revel Horwood, Motsi Mabuse, and Shirley Ballas have been serving as the judges of the show for the current season. The season began with Jamie with Karen, Caroline with Johannes, Max with Dianne, Clara with Aljaž, Jacqui with Anton, JJ with Amy, Maisie with Gorka, Jason with Luba, Ranvir with Giovanni, Nicola with Katya, Bill with Oti, and HRVY with Janette.

Watch the elimination from week 7 of Strictly Come Dancing Season 18.