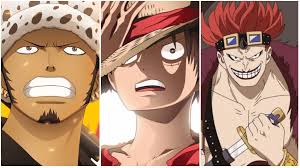 One Piece Manga has been interesting lately, with the latest chapter of the manga promising for an interesting development of events. We will take a look at the headlines you would need to know that signals the impending fight between the Straw Hat’s alliance and the Beas Pirates. The major news so far is the appearance of the Marines as they are deciding if they should join the fight later on.  Even shanks, appeared and it seems as he knows of what’s happening in Wano.

In this post, we will be looking at One Piece Chapter 985 release date and more updates on the spoilers. Well if you don’t like spoilers, you can rest assured, they are not yet out as of now. But we will talk more about when they will likely be released. On top of that, we will also look at all the highlights from One Piece Chapter 985 and then where you can read the manga for free.

Before we can get on with the business of the day, let us take a look at the impending developments for this weekend. We know that as usual, new chapters are released every Sunday. Except for cases where there are other interruptions and then the manga can take a week’s break at the least. But usually, announcements are made in a due tie in cases where the Manga takes a break. So in this case we will be getting a new chapter this weekend.

When Will One Piece Chapter 985 Release

You will be able to get One Piece chapter 985 on Sunday, 19 July 2020. As I have mentioned above, new chapters are always released on the weekend. They are usually available later during the day, Japanese time. But for other parts of the world, it will be earlier than that. Because, as you know it, time in Japan is ahead of many hours. Let us take a look at the headlines from the latest Manga chapter below.

The beginning of the Manga was just making updates on the situation in Wano. Everyone in the alliance has made it to Onigashima including Marco, Nekomamushi, and Izo. They have taken their positions and they have met minimal problems. So far the Wano arc has been filled with lots of events that fans never anticipated. And that continues to be the case even now.

Yamato, who we all thought was Kaido’s son, is revealed to be a woman as her mask accidentally came off. Luffy is still eager to get back to the fight and only gave Yamato 5 minutes to so that she talks to him. Zorro and Sanji are still looking forward to fighting the All-Stars and Flying six and they are not interested in the average beast pirates. So now it is just a matter of time before a serious fight breaks off at different locations.

Even though Kaido is aware of the straw hat’s presence. He is still focused on his plans. Meanwhile, Orochi wants to perform the execution of Momonosuke, and Kaido is set on making it more interesting. We still have the big news that Kaido wants to announce regarding Big Mon and the Beast Pirates. On top of that, he still has plans that include Yamato. So for now Yamato could be the double agent, but he seems to be more on an ally to the Straw Hats.

With that being said, we are looking forward t what would develop next as a new chapter is almost here. If you can’t stand to wait till Sunday, then you can rely on the spoilers which would be released soon. We will bring more updates as soon as the spoilers are released. For now, let us wait to see what would happen, it will be more interesting from here on as Luffy is finally going back to the fight, Marco and the rest of the alliance are now ready for more action.

Where Can You Read One Piece Chapter 985

New chapters of One Piece are available every weekend on the VIZ Media and Manga plus websites. You can also get the chapters on the mobile app on your smartphones. As usual, the spoilers and raw scans for the upcoming chapter will be released about 2 to 3 days before the official released. But don’t forget to make sure that you read your manga on official websites to show support to the Manga creators.