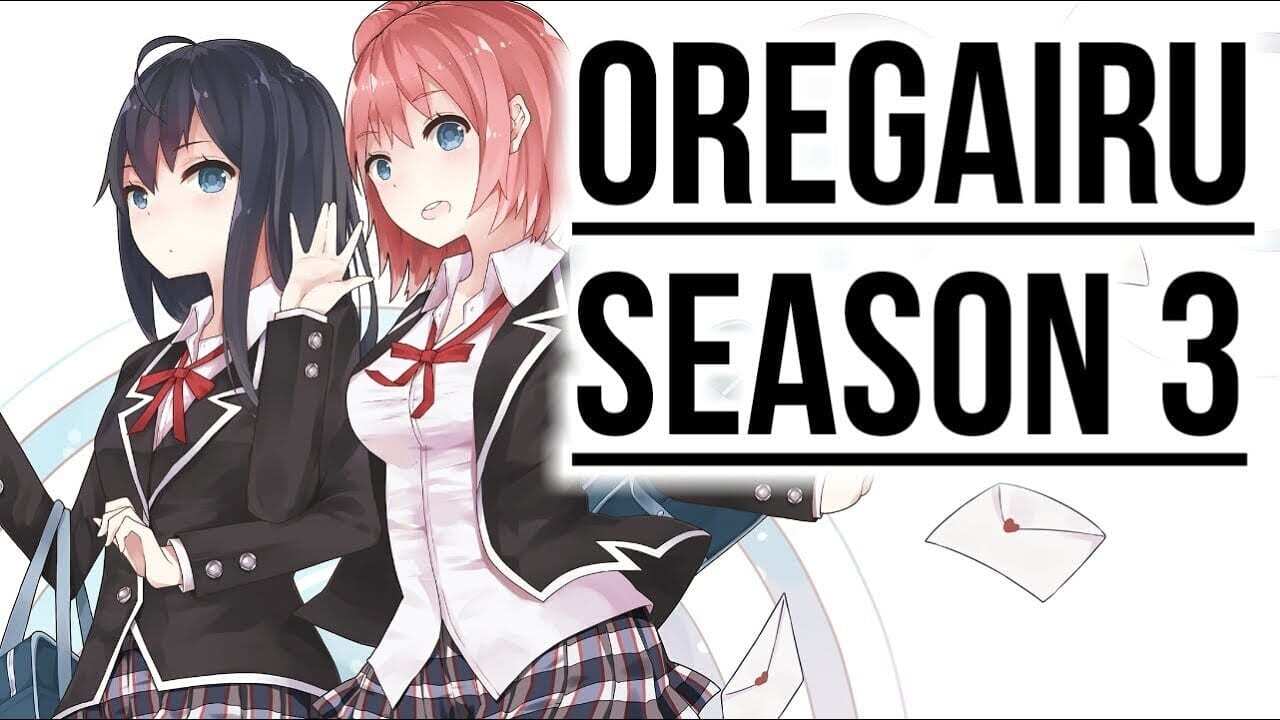 In this post, we are going to talk about OreGairu Season 3 release date and other details. OreGairu which is originally known as My Teen Romantic Comedy SNAFU TOO is a Japanese light novel which is written by Wataru Watari. This novel is illustrated into three mangas by Ponkan8 and later its anime version made a debut in 2013 and was followed by the second season in 2015.

This anime series is directed by Kei Oikawa with Shota Imai as the assistant director. Junichiro Tanaka, Masazumi Kato, Kazuaki Takahashi, and Yoshinori Hasegawa have produced this anime and it is licensed by Sentai Filmworks. A total of 12 amazing episodes will be released in season 3 of this anime. Now, we would like to share everything we know;

OreGairu Season Episode 1 which is titled “In Due Time, the Seasons Change and the Snow Melts” has already released on 9 July 2020. Within a few days of its release, it has crossed a few million views and made its place in the top 10 most-watched Japanese animes. It is receiving a lot of positive reviews and comments from the audience. Most of the viewers who have watched episode 1 of this anime are now eagerly waiting to know about episode 2 of this anime.

As everyone was having very high hopes from the new season and the creators of this season have successfully matched the expectations of the audience. Thus everyone is really happy and is only waiting for episode 2. Now, we would like to tell you that episode 2 of season 3 is all set to release on 16 July 2020. Soon we will provide a complete episode schedule of season 3 of this anime on our site. Till then stay tuned to Gizmo Series for upcoming updates about this anime.

What Is This Anime About?

The story of this anime revolves around Hachiman Hikigaya, an unresponsive high school student with narcissistic and semi-rebellious tendencies. His personality flaw is due to his socially deprived lifestyle which caused him many difficulties. Hachiman is sent to the school’s service club by his teacher. She advises him to join the club to change his social outcast behavior. Hachiman has a particular interest in two girls, Yukino Yukinoshita and Yui Yuigahama, who become good friends with Hachiman. As the story unfolds, Hachiman comes to know that the three of them are connected by a car accident. A lot of struggles and difficulties were faced by three of them. But after sometime when Hachiman joining the club, he meets people who have varying personalities that influence Hachiman in a positive way.

For upcoming updates related to this anime, stay tuned to the Gizmo series.