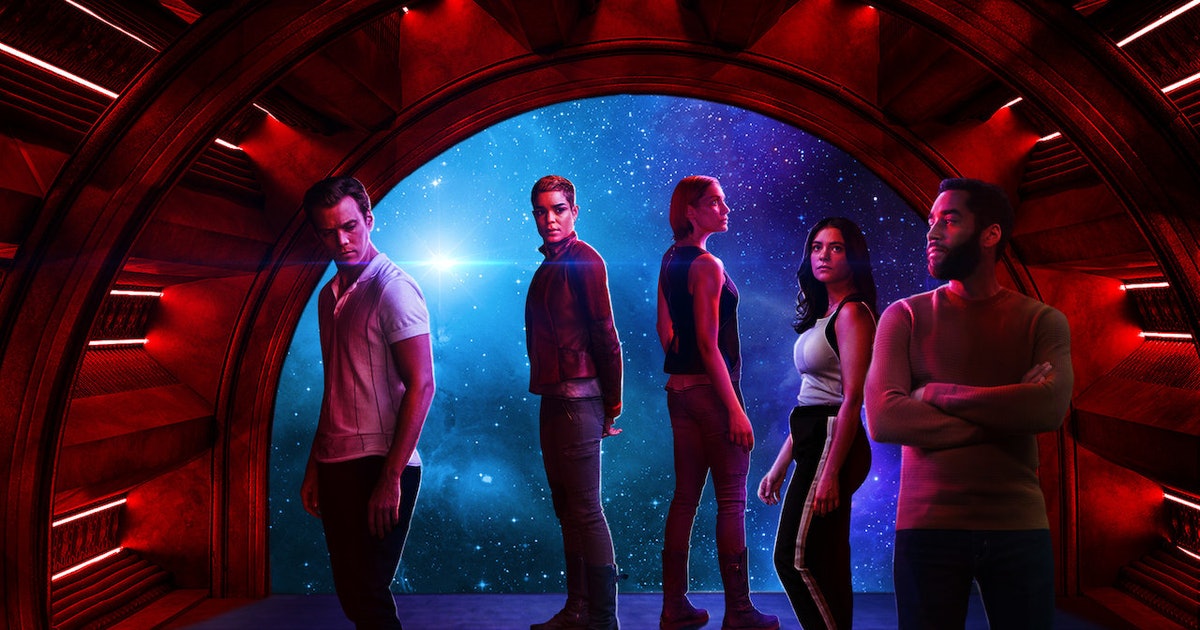 Sci-fi space odysseys have made a significant mark in the domain of movies and TV shows. One such show that we are going to talk about today is named Another Life. We will be discussing details regarding Another Life Season 2, its release date, its cast, and its potential plot.

Another life is an American sci-fi drama web series created by Aaron Martin. The show premiered on Netflix on 25th July 2019. The story starts with a Mobius strip-shaped flying object lands on earth and starts growing crystals. Erik Wallace is appointed by the United States Interstellar Command to establish contact with the spaceship. He fails to do so, and as the remote communication idea does not succeed, then the plan is moved forward to establishing contact through physical means. Hence, Erik’s wife, Captain Niko Breckinridge, is appointed for plan B, and the story unfolds. In October 2019, the series was renewed for a second season.

Another Life was renewed for season 2 by Netflix on 29th October 2019. The order for renewal was passed just three months after the premiering of season 1. Even though the series is originally Netflix produced, the first season of the series did not fare well before the critics and the audience. Rotten Tomatoes marked the series at 6% only whereas, IMDb has rated the series at 4.9/10. Despite the negative reviews and ratings, the title is here to stay as there’s a high enough chance for it to get a season renewal from Netflix.

There is currently no news regarding any kind of release date for season 2. Netflix usually takes a reasonable amount of time between the release of two seasons of a show. For example, the show Lost in Space had its first season released in April 2019 whereas, its season 2  did not release before December 2019. Similarly, fans have to wait a considerable amount of time to see the second season of Another Life. As it is a sci-fi show, it could additionally take quite a large amount of time to hit the screens because of its VFX development. Hence, the expected release period could be by the end of 2020.

Casting for Another Life Season 2

The cast for Season 2 is as follows,

What would be the plot for Season 2?

Season 1 of After Life was all about finding the Artifact and discovering where it came from and whether the alien race who mad it is friendly or not. By the end of the season, we get to see that the alien race who made the artifact is named Achaia, and they indicate that they are not a friendly race. The intelligence samples on planet Zakir described their objective as pure destruction. A similar goal is demonstrated by Achaia when they arrive in their ships and blow up Zakir when the characters Niko and Salvare tried to liberate the citizens of the planet from its artifact. Achaia hints their next target as planet Earth but looking at the brute strength that the alien force carries; it would not be easy to protect Earth from these aliens.

Somehow it seems that Achaia’s objective is more than the destruction of planet Earth. Season 1 ends with journalist Harper Glass being mind-controlled by the Achaia’s who convey a message to citizens of Earth via Glass’s voice that they came to earth in peace, and their sole purpose was to make a good relationship with the planet. Achaia’s objective becomes a bit clearer as they wish to vanquish the planet and its living beings and use its resources to their fullest potential. Among all the citizens, Erik did not receive the message. He was last seen walking into the artifact with Jana, hoping that the aliens will save Jana’s life.

The foreseen plot for season 2 might be that Erik comes under the same mind-control as Jasper Glass. To stop that from happening, Erik’s wife Niko intervenes, and thus, what sets up is a conflict where mind-controlled Erik becomes the evil, and Niko becomes the protagonist. The aliens would not like interference and hence would use Erik to kill Niko. The only hope of stopping this conflict lies with Salvare, who must make it back to Earth safely.