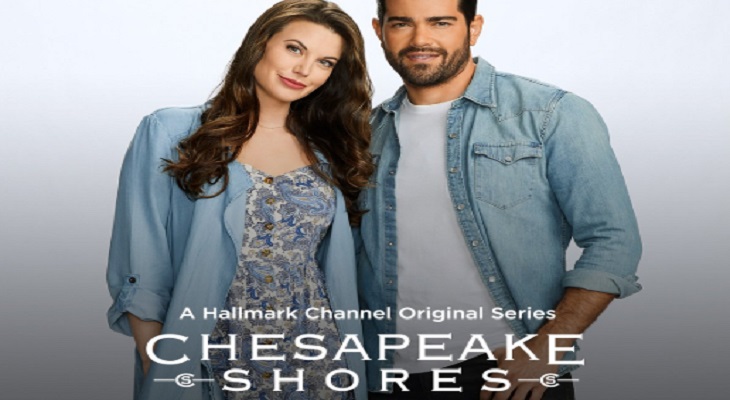 In this article, we are going to talk about Chesapeake Shores Season 5. This article will be very fruitful for all the ‘Chesapeake Shores series’ lovers who are waiting for the fifth season of this series from the last year. Chesapeake Shores is a Canadian/American drama series that is based on one of the best selling novels with the same name. This series is created by John Tinker and is produced by John Tinker, Dan Paulson, Martin Wood, Nancey Silvers, Sherryl Woods, Michael Berns, and Matt Drake in association with Chesapeake Shores Productions Inc. and Daniel L. Paulson Entertainment.  Now, let’s have a look at the information which we have gathered.

Chesapeake Shores Season 5 might be released by summers of 2021, although we do not have an exact date for the show. According to our sources, we have dropped this expected date for this Hallmark series for which its huge fans are eagerly waiting. Through a tweet, the creators have officially announced that this series is renewed for a new season but they that haven’t provided an exact release date as everything depends on the ongoing CO VID19 pandemic.

This show mainly revolves around Jesse Metcalfe who is playing Trace Riley, Meghan Ory as Abby O’Brien-Winters, Barbara Niven as Megan, Laci J. Mailey as Jess O’Brien, Emilie Ullerup as Bree Elizabeth O’Brien, Brendan Penny as Kevin O’Brien, Andrew Francis as Connor O’Brien, Diane Ladd as Nell O’Brien, and Treat Williams as Mick O’Brien. They all playing the lead roles in this series from the first season only.

Some of the actors who are in supporting roles but still are an important part of this series are Abbie Magnuson as Caitlyn Winters, Kayden Magnuson as Carrie Winters, Serge Houde as Del Granger, Marci T. House as Hannah Urso, Karen Kruper as Dee Riley, Tom Butler as Lawrence Riley, and Carlo Marks as David Peck. They all are not having such big roles in all the seasons but still are an important part and hence were appreciated by the audience.

For all the drama series lovers, we would like to tell you one thing only that this season of Chesapeake Shores is going to be one of the best and most liked sequels amongst all the sequels which you have watched till now. So, definitely have a look at it whenever it is released. Once this season is released we will update that in this post by Gizmo Series.