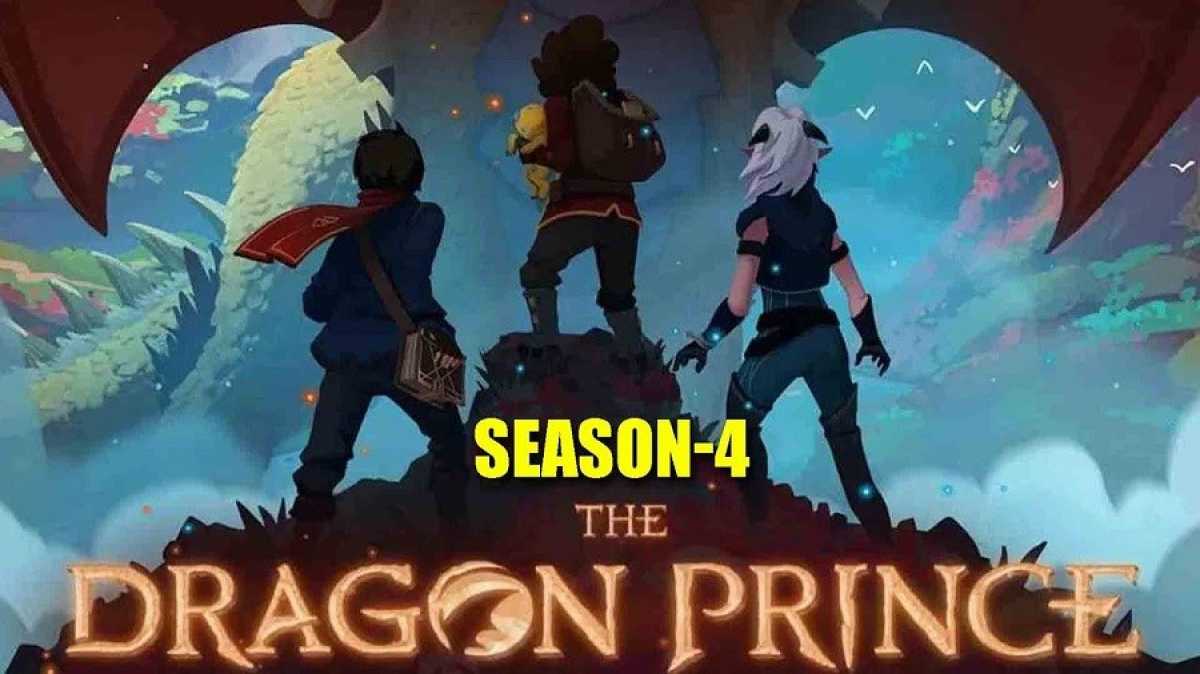 In this article, we would be discussing details about The Dragon Prince Season 4. It is an American-Canadian fantasy action drama animated web television series that premiered on Netflix. This series is created by Aaron Ehasz and Justin Richmond and is written by Devon Giehl, Iain Hendry, Neil Mukhopadhyay, Aaron Ehasz, and Justin Richmond. Villads Spangsberg and Giancarlo Volpe are the directors of this series of amazing animated Netflix series.

Aaron Ehasz, Justin Richmond, Justin Santistevan, Giancarlo Volpe, Delna Bhesania, Richard Grieve, and Gigi Pritzker are the executive producers of this series in partnership with Wonderstorm, Bardel Entertainment, and MWM Studios. All the seasons released till now are composed by Frederik Wiedmann, and the distribution rights of this series are owned by Netflix. Till now, a total of three seasons of this series has premiered on Netflix, and the audience extremely cherished all the three seasons.

The Dragon Prince Season 4 might be released sometime by the end of 2020, although we do not have an exact date for the show. According to our in-depth research, we have dropped this expected date for this Netflix animated series for which its curious fans are waiting. Also, on July 24, 2020, the creators revealed that this series had been renewed for four more seasons, and all the upcoming four seasons will be having nine episodes in each. This seems to be prestigious news for all the die-hard fans of The Dragon Prince. As soon as some more updates are released regarding the upcoming seasons of this Netflix animated series, we will update that on our site.

Like release date, characters and voice artists for season 4 of this Netflix animated series is also not declared right now. If any character is declared or exposed to this animated series, then we will update that on Gizmo-Series. But we have observed from the previous seasons that most of the characters are still the same for all the seasons released till now. Therefore, we have divided all the characters into different categories that are in Main Characters, Human, Elves, Animals, and Magic Beasts. We will be sharing name and voice artists all these characters category wise below.

The third category is of elves, and they are one of the most entertaining and fun-loving characters of this series. This category has Aaravos voiced by Erik Todd Dellums, Runaan voiced by Jonathan Holmes, Ethan voiced by Vincent Gale, Lujanne voiced by Ellie King, Janai voiced by Rena Anakwe, Nyx voiced by Rhona Rees, Ibis voiced by Ian James Corlett, Lain voiced by Tyrone Savage, and Tiadrin voiced by Ely Jackson.

The fourth and the final category is of animals and magical beasts that includes Azymondias voiced by Zym, Avizandum voiced by Chris Metzen, Zubeia voiced by Nicole Oliver, Sol Regem voiced by Adrian Hough, and Berto voiced by Paula Burrows. These are some of the most loved and humorous characters, and they are the lifeline of this series. These were some of the details about the characters which was available to us about this series.