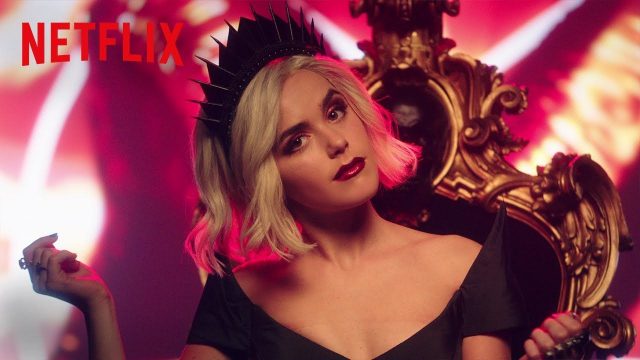 After a successful run, Netflix canceled all future plans after Chilling Adventures of Sabrina Season 4. Chilling Adventures of Sabrina is a series packed with chilling adventures and is definitely worth your time.  The universe of fascinating adventures had a long-lasting effect on us. The fantasy series is based upon the comic with the same name. As it took to take on the 90s Sabrina sitcom who is a beloved of everyone; and that’s the main reason that it has formed a huge fan base. And the fans are eagerly waiting for its fourth season to be out. We are here with all the updates and information you need to know about the show.

The first part of the series aired in October 2018 and the second part followed back in April 2019. After which the season 3 and 4 that were created after the spilled 16 seasons by Netflix back in December 2018. Among which part three was released on the Netflix screen on 24th January 2020. For the fourth, we still don’t have any official announcements or updates. We can expect the chilling adventures of Sabrina part 4 to be released somewhere at the end of 2020. Maybe in November or December though we don’t have any exact dates.

The original cast is going to be back, and we get:

New Season Plotline: What We Know

The series chilling adventures of Sabrina introduced us to the new world of mythology, and a new whole world. Back in the third season, we saw Sabrina heading to the depth of Hell to rescue her boyfriend; whose body was holding back the Dark Lord, or simply Sabrina’s creepy father.

“We are still shooting and we are kind of down to our last few episodes of Part 4, which has been really, really fun. Each part has its own kind of identity; and Part 4 is different from Part 3, where a lot of it was set in Hell, we still have that. But each episode of Part 4 is like its own mini horror movie, which is exciting,” said showrunner Roberto Aguirre-Sacasa in January.