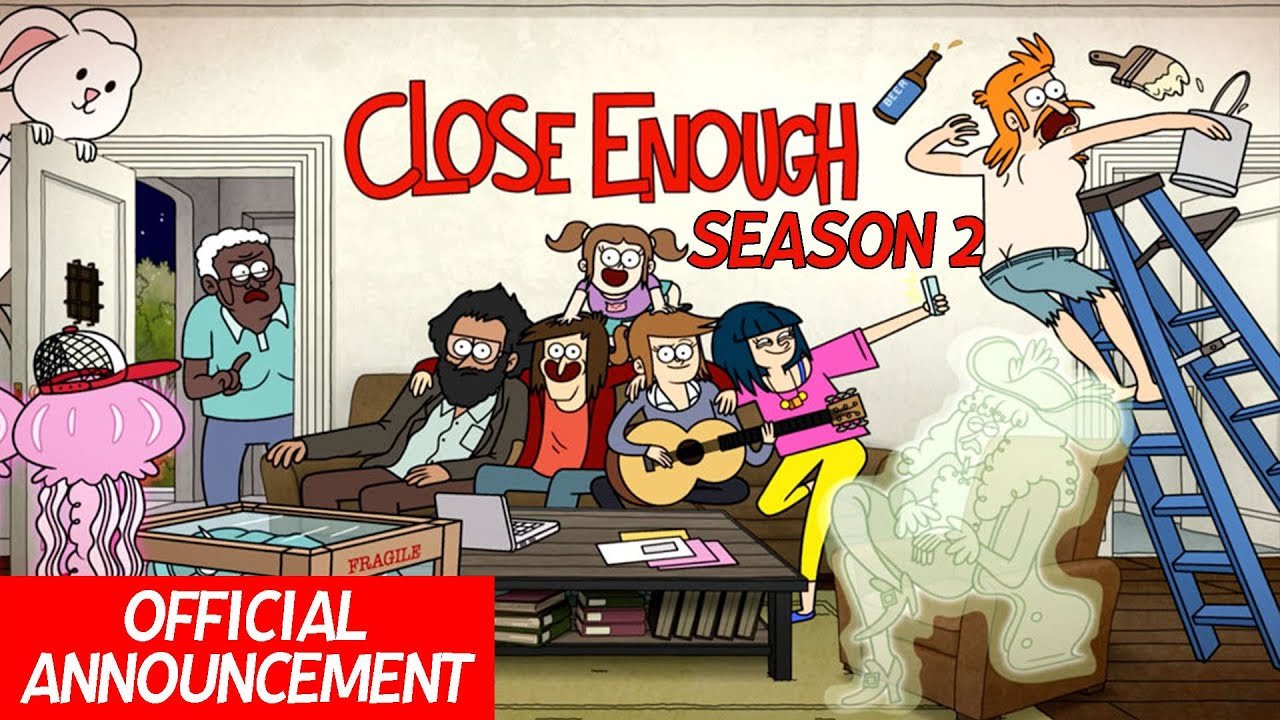 Fans are already hyping Close Enough Season 2 when it has just been a month since Close Enough released on HBO Max and now the love it received from the viewers has convinced HBO for a new season. The news has been announced on Twitter, directly by the producer of the show, J.G. Quintel, who is well-known for his production of regular Cartoon Network shows. Read the below article if you want to know about the details of the confirmation, along with the date of release, voice cast, and plot.

Although we didn’t have to wait for long to get the confirmation, it didn’t come as a surprise for us owing to the positive reviews, coming from both the spectators and the critics, achieved by the first season. The show has been developed by J. G. Quintel, Matt Price, Sean Szeles, and Calvin Wong and has been produced by Cartoon Network Studios and Studio T as the production house.

The second season of Close Enough is expected to release in July 2021. The announcement for the renewal of season 2 was made on August 6, 2020. Close Enough was first created in 2017 for TBS but was shelved, and then was picked up a year later by HBO Max in order to exclusively release it on the streaming platform on July 9, 2020. It comprises of eight episodes in all, segmented into 15, with a screen time of 25 minutes, on an approx., per episode.

Although the exact release date is not yet revealed, we can tell it is going to happen sooner. Just like the first season, Close Enough Season 2 will also release on HBO Max. If you own the subscription rights to the platform, you can watch the first season there right now, in case you haven’t watched it yet. The other details about the release will be updated to you as soon as it is dropped.

The show is led by a married couple, Josh and Emily, played by J.G. Quintel and Gabrielle Walsh respectively, while Jessica DiCicco plays the part of their five-year-old innocent daughter, Candice Ramirez-Singleton. Jason Mantzoukas as Alex Dorpenberger and Kimiko Glenn as Bridgette are the two ex-couples who have got divorced but stays in the same duplex together with Emily and Josh in Los Angeles. Other important voice casts of the show include, Fred Stoller, Max Mittelman, William Salyers, Roger Craig Smith, Jeff Bennett, Erica Lindbeck, Fred Tatasciore, Ali Hillis, Skyler Gisondo, Eric Bauza, Matthew Mercer, Grey Griffin, Mo Collins, Kate Micucci, and Marc Evan Jackson. We are not sure if the show will be voiced over by the same artists or there will be a new addition. We will surely let you know about it as the official word of the announcement is received.

Were you too busy binging Season 1 again that you didn’t hear the news? Close Enough will be returning for a Season 2! *chest bump* #CloseEnoughMAX pic.twitter.com/H7M7KO9Hmu

The American animated sitcom focuses on the story of a married couple in their thirties, who are persevering to become good parents while dealing with the complications of being outdated in the current modern world of Los Angeles. Close Enough is not a kind of series that can just be executed in live-action, it is also a series engaged in incredible interludes, both surreal and interesting. Close Enough is a delightful adult comedy, wonderfully written and animated, charming enough to win the hearts of the viewers.

Unfortunately, we do not have the trailer available for the second season since it is still in its pre-production stage. However, you can take a look at the first season trailer in case you haven’t watched it.