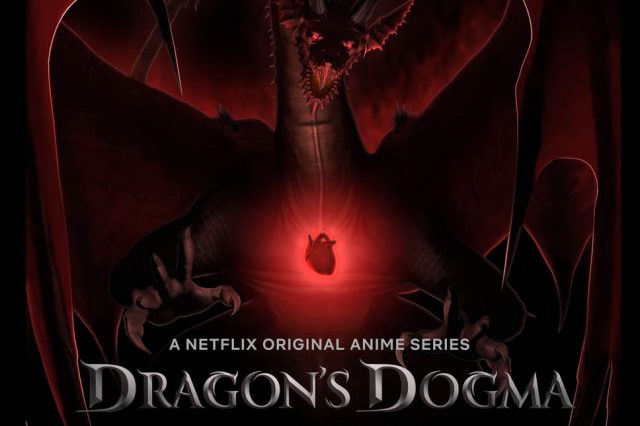 Netflix is bringing an action-adventure series to all its anime fans. Yes, “Dragon’s Dogma” is another CG anime by Netflix; it is based upon a successful video game with the same name by Capcom. The game was released in 2012 for the play station and Xbox consoles. The game was a huge success and was loved by all its fans and critics as well. Especially the Pawn system of the game was the center of attraction. Before this Castlevania was the biggest and most successful anime from Netflix which was too based upon a video game.

The anime show would take us to the world of dragon adventure; and we will witness the big furious dragons again. If we go according to Netflix’s plot description then the plot of the show revolves around a world where the Dragon hasn’t attacked for 100 years, but one day all of a sudden the furious beast reappears and attacks the small village. We would see a villager named Ethan who tries to save his family from the attack, but things don’t go in his way and the problems keep on increasing.

Instead of being dead Ethan comes back to life and becomes the Arisen, and sets off on a quest to kill the dragon with the help of a Pawn. Pawn is a being that exists only to hunt the Dragon. And, the revenge game begins.

The plot closely matches the plot of the original video game, but when it comes to the characters then Netflix has played differently. During the quest, the journey of Ethan is going to be very adventurous and he is going to face many monsters themed around deadly sins, which is a new addition to the show.

The fantastic anime series is going to be created by the animation studio Sublimation, which is one of the several Japanese studios that Netflix has partnered with last year. The specialization of the studio is the CG animation. The anime show is going to be the mix of traditional 2D animation as well. The streaming giant is going to release the anime show “Dragon’s Dogma” on 17th September 2020. The production is done in the partnership between Anima, Sublimation, and David. The fantasy drama is going to be a big bang as it seems from the plot and the poster of the upcoming anime drama.

Rest lies in the future and we need to wait for a little for that. Stay tuned for further interesting updates!