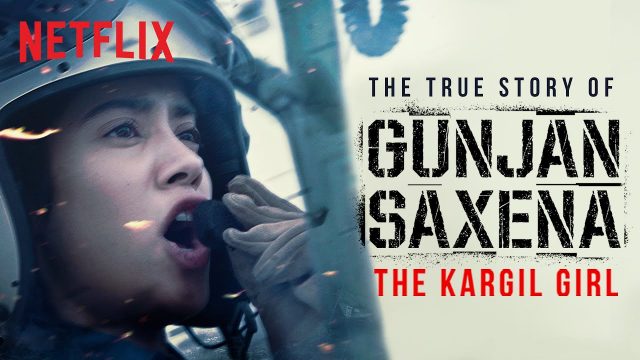 The movie “Gunjan Saxena: The Kargil Girl” is going to fill your nerves with pride and patriotism. We know her as the first-ever woman IAF pilot. But, she is more than that; her story is more than that. It follows many colors, hues, patterns, and of course, a long struggle of courage. Honored with the Shaurya Vir award for displaying courage and grit during the war, she, along with Flight Lieutenant Srividya Rajan, rescued soldiers during the Kargil War in 1999. She is a never-ending saga of courage, hard work, and dedication.

The upcoming movie is going to be a tribute to the country’s brave child who never stepped back when it came to the honor of her nation.  It is filled with all the hues of her life that made everyone bow to her brave heart. The movie is packed with all the patterns that we, as an audience, must need to know about her.

We are here with all the basic and essential information you need to know about the upcoming movie paying tribute to the real Kargil girl. Let’s take a quick look at all of them.

The film is going to release on 12th August i.e., tomorrow, and you can easily find it over the streaming giant Netflix. The movie is directed by Sharan Sharma and is going to make you puff with pride when you witness the incredible journey of our brave-heart IAF pilot.

The story of the movie is clearly visible from its title only. The movie is going to trace the journey of India’s first woman, Air Force officer, to enter a warzone i.e., Gunjan Saxena. It is going to be a lot about the devotion, dedication, and courage of one girl who came all the way long to serve her country.