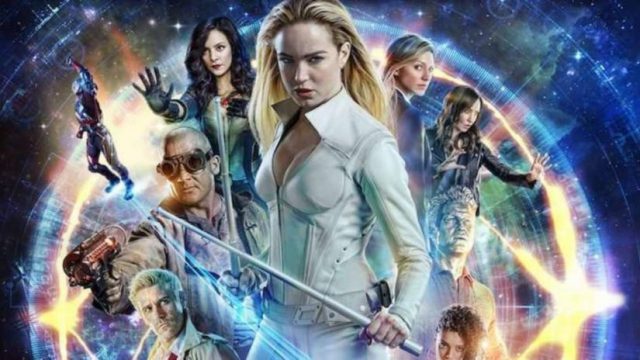 The primary character of the DC’s Legend is going to make a comeback in season six of the show, and the DC officially confirms it. Well, what can be more fantastic than that? Many things actually, but this is exciting news for all the show’s fans out there. We are again going to see Olivia Swann’s Astra Logue on the screen when the fantastic superhero show would return in 2021. We know that we were not sure about her comeback, as her fate was left undecided at the end of season five. But, she is again going to become the show’s regular cast member; and is all set to join the Waverider again.

We are going to watch her opposite to her other fellow cast members who to are making a comeback to the screen for the next season. They include Dominic Purcell’s Mick Rory, Matt Ryan’s John Constantine, Jes Macallan’s Ava Sharpe, and Caity Lotz’s Sara Lance. Well, it seems that we are going to experience the same thrill again. We would also see Shayan Sobhian in his role as Behrad Tarazi, who is the brother of Zari. We also saw that Zari sacrificed herself and re-entered the Air Totem, and she did it to give her sibling Behrad a life last lesson.

Talking about Swan, we first saw her as a cast member in the year 2019, and witnessed her actions through which she helped the legends in their search for the Loom of Fate; as she wanted to save her mother. We were not sure of the fact that we are going to see her again as a time-traveling machine after she defeated their common foes and gave Constantine his soul coin-back; and moved into his English mansion.

But now we are all sure that she is going to make a comeback and assist the legends again in getting Sara back from the aliens that abducted her. Showrunner Phil Klemmer said to TVLine last month that the abduction of Sara is the most interesting shift in the dynamic. He also added that her absence is going to be a completely new thing, and it is going to be interesting too. And, this can also give Sara a chance to complete a different storyline.