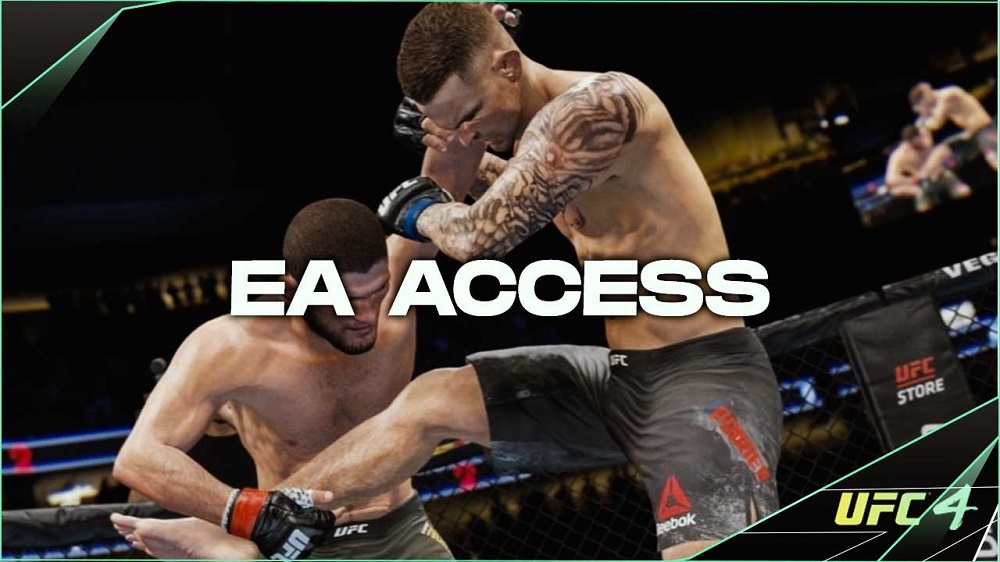 EA Sports UFC 4 is now on the verge of releasing. But, some people will be able to enjoy the game even earlier using the EA Access. But, what is EA Access exactly? Are you confused about how does it work? So, let us dive further into the article to know more about the game and EA Access. UFC is a fan-favorite mixed martial arts video game, a development of EA Sports. It has released 3 parts until now. It is based on the Ultimate Fighting Championship (UFC). The game was heavily endorsed by Connor McGregor, who was one of the most successful UFC stars. He is also the cover athlete for the game. Now, the game is coming with the fourth installment, and this has the blood rushing through the fans who have been waiting for it for a very long time.

As we know, many subscriptions are available nowadays on different sites and OTT platforms. Just like that, EA Access is a service of subscription which is currently available on Xbox One and PS4. Not only they let you play the best games but also provide some additional perks. They let you try exclusive upcoming games and even carry over the saved progress. Due to that, with the subscription, you can get a head start or even practice the new arenas and modes before everyone else does. Along with the substantial catalog of games, including classics like FIFA 20, they give a 10% discount on full games, DLC, and season passes. It is available to everyone at $4.99 USD per month and $29.99 USD per year.

UFC 4 was released on EA Access on 8th August, which is a week before the worldwide release of the game on 14th August 2020. A month ago, on 11th July, EA Sports UFC released the official reveal trailer for the game. The trailer shows Anthony Joshua and Tyson Fury talking about the game and their journey. It also shows the different modes of games that will be available with different arenas. It has already crossed 1.9 million views. You can watch the trailer below.

The game will be releasing next week worldwide. It will surely impress the fans as new features have been added. For the first time, players will be allowed to decline fight offers by deciding if their player is fit enough or ready to fight. New soundtracks have also been added from Eminem, DJ Shadow, Avelino, and many more.