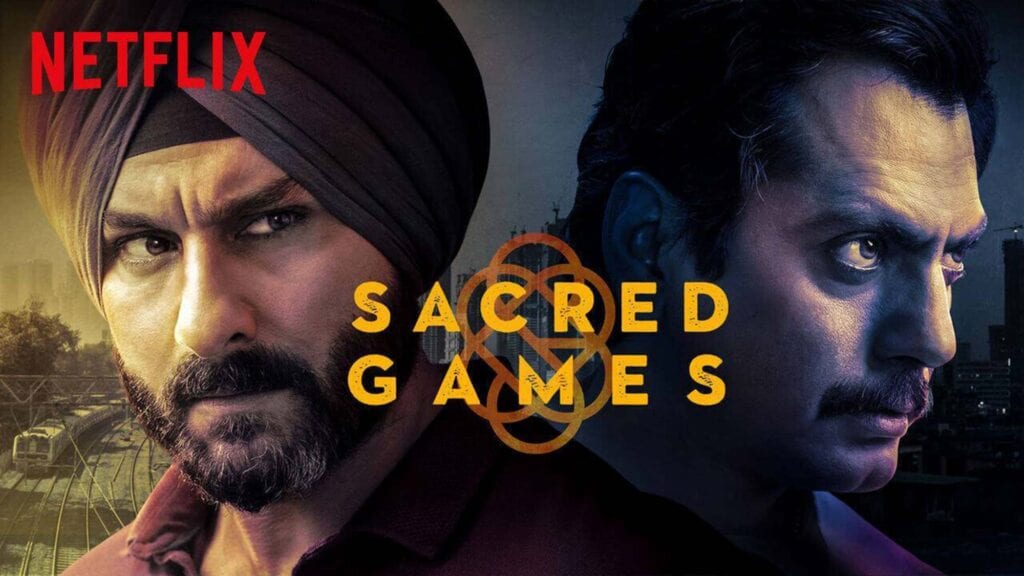 No one in the world has remained ignorant of the craze that Sacred Games had brought in once upon a time, redefining the meaning of Indian web series and acting range. The Indian crime mystery thriller, based on the 2006 novel of the same name by Vikram Chandra, has already released two seasons who has been very successful. The fans of the series are now demanding a new season by the makers of the show, and let’s be honest; their insistence is not unreasonable!

The script of the series has earlier been penned by Varun Grover, Smita Singh, Vasant Nath, Bhaumik Gondaliya, Dhruv Narang, Pooja Tolani, and Nihit Bhave, while the direction has been done by Anurag Kashyap, Vikramaditya Motwane and Neeraj Ghaywan. Kelly Luegenbiehl, Erik Barmack, and Vikramaditya Motwane have served as the executive producers of the series under the production house of Phantom Films and Reliance Entertainment.

Although the makers of the series have not officially dated an exact date of release yet, judging from the release of the past seasons, and the ill-effects of the COVID-19 pandemic, it seems that the season will release at the end of 2021. This prediction is simply a guess, but the chances of the existence of another sequel are higher since the second season ended in a cliffhanger.

The first season of Sacred Games premiered on 5 July 2018, while the second season was dropped on 15 August 2019, both on Netflix. The series has a worldwide fan base and has released in about 191 countries, with subtitles in more than twenty languages. There are a total of sixteen episodes in the entire series split into two, eight in each season. Each episode has a screen time of 45 minutes approximately. In case you haven’t watched the past seasons of the series yet, you can always turn to Netflix and stream them there, provided you own the subscription rights to the platform.

The series cast Saif Ali Khan as Inspector Sartaj Singh, Nawazuddin Siddiqui as Ganesh Gaitonde, Radhika Apte as Anjali Mathur, Pankaj Tripathi as Khanna Guruji, Kalki Koechlin as Batya Abelman, Amruta Subhash as Kusum Devi Yadav and Ranvir Shorey as Shahid Khan in lead roles. The show casts a long list of supporting artists including— Neeraj Kabi as DCP Dilip Parulkar, Jatin Sarna as Deepak Shinde, Elnaaz Norouzi as Zoya Mirza or Jamila, Luke Kenny as Malcolm Mourad, Aamir Bashir as Inspector Majid Ali Khan, Surveen Chawla as Jojo Mascarenas and Shalini Vatsa as Kanta Bai. Let’s remain hopeful that the yet-to-be-announced Sacred Games Season 3 features the same characters from the last season, as far as possible, and its probability is higher because the story is expected to be a continuation of season 2.

At the end of Sacred Games season 2, Sartaj Singh, at last, managed to discover the nuclear bomb; however, defusing the bomb could only be possible if the pattern could be found. Sartaj Singh found the code by father Dilbagh Singh and Gationde in Guruji’s book (the character was played by Pankaj Tripath), and now the fate of Mumbai depends on him, if or not, he will be able to prevent the explosion. This is where the series ended without actually stating if he could defuse the bomb. No doubt, the series gave an open ending, but if it gets a new season, the story of adventure will move forward with new twists and turns.