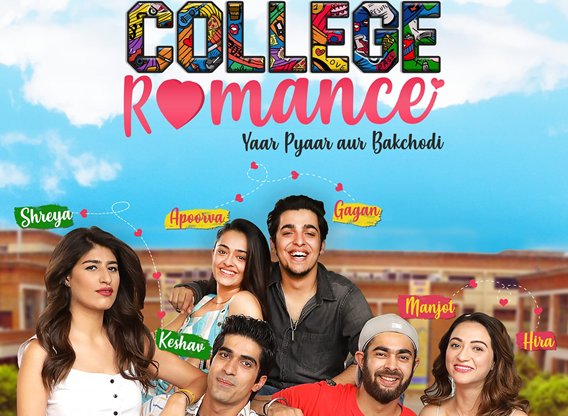 In this article, we are going to talk about a web television series produced by The Timeliners, College Romance Season 2. The series is a teenage comedy-drama TV series that first premiered on MX Player. College Romance TV series is all about our very own college life being portrayed. The best phase of our lives is these college years where we make and share some of the most beautiful moments with our friends.

Though College Romance is not a popular series to be in the big leagues, it has surely gained humongous popularity among the youth population of India with video clips of the series becoming a hit over social media platforms. The show first aired on 7th August 2018 and projects the struggles that college teens face in their relationships and friendships.

There has been no word yet regarding the coming of a second season although it seems likely in 2021. Until that happens, all we can do is hope for the best and wait for any updates or announcements. We will be active on this end, feeding you any news and updates on the first serve so, stay tuned.

With no confirmed release date for the second season, there has been no trailer that has been released for Season 2. However, if you’ve never watched the series, then you can surely catch up on the first season that is available on Netflix. Here’s the trailer for the first season:

Season 1 of College Romance was all about a dramatic fun-packed story revolving around three friends: Trippy, Karan, and Naira. They all fall in love with persons who are absolutely different from them. Naira is the most sensible person in the group and always advises the boys for staying out of trouble. The driving force of the plot is the relationship that these three are in which takes them and the viewers on a riveting journey through loads of drama, love, and laughter parallelly highlighting the importance of friendship.