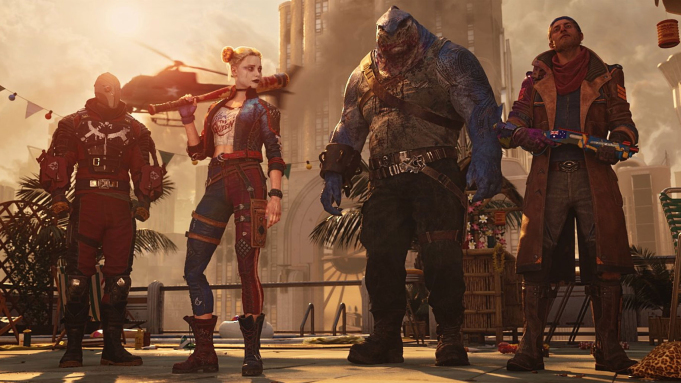 Developed by Arkham the game “Suicide Squad: Kill the Justice League” is finally announced after a long wait. The declaration took place in the week of DC reveals, trailers and other news. In the Fandom event the trailers for Robert Pattison’s Batman, James Gunn’s Suicide Squad and much more were revealed. The trailer gave us the view of our favourite characters in the game play. The game play is scheduled to be released in the year 2022.

We are here with some of the interesting and latest details about the game play that we got from its trailer. Let’s take a quick look at all of them.

By the trailer, we came to know that there are four playable characters in the game play.

Each member in the Suicide Squad is equipped with their own distinct weapons. For Captain Boomerang we don’t need to explain the powers he holds as all the fans out know it already. You can easily switch between any of the four characters.

We see the appearance of Superman in the game play’s trailer but he is not the earth saver Superman. This time he is evil with purple eyes and thirsty for the blood of some task Force. He is the leader of the Justice League and is not only the one who has turned evil. The Suicide Squad is likely to team up against the formidable anti-superhero team that includes Batman, Wonder Woman, Flash, Green Lantern, and of course Aquaman.

The story of the game play focuses on the Suicide Squad members who must take on an impossible mission to save Earth and to kill the world’s greatest DC heroes as we mentioned earlier. Restrained with lethal explosives implanted in their heads, all four DC Super-Villains have no choice but to band together and carry out this untenable assignment as part of Amanda Waller’s infamous Task Force X.