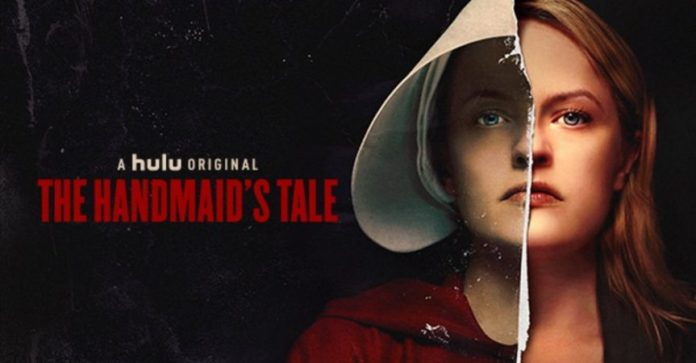 The infamous dystopian drama “The Handmaid’s Tale” inspired by Margaret Atwood’s novel of the same name is going to be back with its fourth season. Rejoice to all the fans out there!

While some of the audience found it difficult because of the troubling parallels between the series and real-life, others were too attached to the show. There is also news that the show would change slightly for its pre-pandemic version. That means that we might get to see something completely new and different in the upcoming version. The season four might be something completely new for us. And, anything new has two sides, either it will be too good, or it will be not so good.

Well, we are here with all the essential information you need to know about the show “The Handmaid tale” and its upcoming season four. Let’s dive in and explore all of them.

The Handmaid’s Tale Season 4: When is it going to happen?

The fourth season of the show was originally set to be released in the autumn of this year, but that does not look possible anymore. We know the reason very well; it is again because of the ongoing pandemic in the world. Al the production houses have been forced to stop their production process and the whole industry is on halt.

But, as we also know that the show has been officially renewed for its fourth season, we can be sure that it would definitely come out in some point of time. For now, we only know that the release date has been put forward to the year 2021, as announced by Hulu.

Therefore, all we can do is to wait for a bit more.

The Handmaid’s Tale Season 4: Who all are inside?

There has been no official announcement about the cast members for the fourth season of the show. But, we can guess that the previous cast members are going to reprise their roles again. We might see:

The Handmaid’s Tale Season 4: What will be the plotline?

The plot of the show revolves around a Gilead and is set in a dystopian future version of the United States. For those who have not yet seen the show, Gilead is a totalitarian society where women are forced to become “handmaids” and bear children for its leaders.

At the end of season three, we saw how June managed to help a group of children escape Gilead by plane. But, she was seriously wounded in the process and carried away by her fellow handmaids at the end of the final episode.

In season four, we might get to see the rising resistance in Gilead, June’s revolutionary efforts. Though the plotline has not been officially announced, so we need to wait.