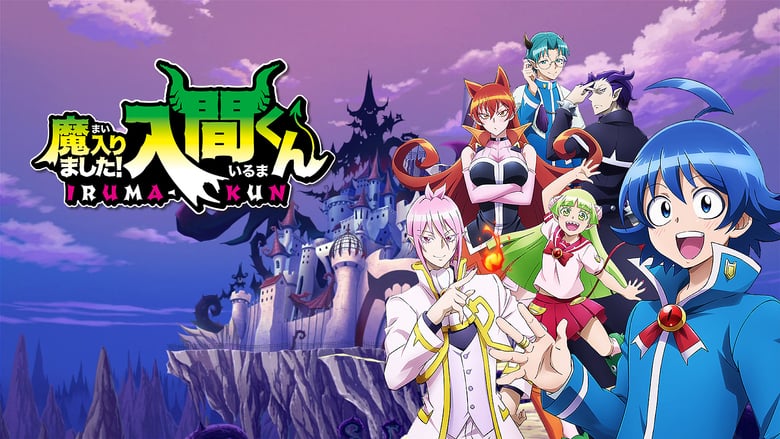 Welcome to Demon School! Iruma-kun aka Mairimashita! Iruma-kun is a story of Iruma Suzuki a Fourteen-year-old normal human who works very hard to earn money for his irresponsible parents despite being underage. Iruma’s biggest problem is that he can’t say NO to anyone, no matter what the other person is asking, Because of this Iruma’s so-called friends and even his patients take full advantage of him. One day Iruma find out that his parents sold him to a Demon name Sullivan.

The Demon Sullivan just wants Iruma to be his grandchild and pampering him. Sullivan convinces Iruma to attend the demon school Babyliss. At first, Iruma tries to keep a low profile in fear of his peers discovering that he is human, as Sullivan aka Grandfather of Iruma told him that is anyone finds out you are human, daemons will eat you.

Unfortunately keeping the low profile ends up being more difficult than he expected, as it turns out that Sullivan is the chairman of the school Babyliss, and everyone expects him to become the next Demon King!. Due to which Iruma finds himself in an outrageous situation and chant a forbidden spell written by his grandfather in front of the entire school, and with this, Iruma instantly earns a reputation he does not wants.

The Deamon Thron is empty for a long time due to a Prophecy written in the ancient scroll,

“He shall make one and all of his servants.
He shall form blood pacts and heal all demonkind.
He shall descend from a foreign realm,
And wear the golden ring of Solomon on his right hand”.

Season 1 premiered on October 5, 2019, and finished airing on March 7, 2020, with a total of 23 episodes. At the end of season 1 of Welcome to Demon School! Iruma-Kun season 2 is announced and recently it is confirmed that season 2 is coming April 2021!. NHK production and Studio BN Pictures uploaded a new teaser visual for the Welcome to Demon School! Iruma-kun Season 2.

Welcome to Demon School! Iruma-kun has a very simple storyline and widely familiar fantasy themes despite that the anime has been very well received by the anime community all over the world because of its unique comedy and vibrant cast of characters.

Where you can watch:

You can watch the dubbed version of ‘Welcome to Demon School! Iruma-kun’ Season 1 on Crunchyroll.

Well, that sums it up, make sure to read our article Legend of Vox Machina.