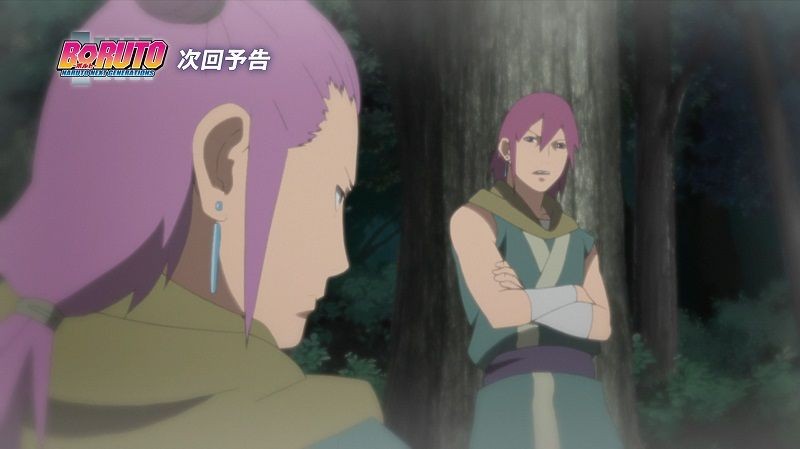 Boruto anime recently aired episode 164, and viewers are now looking forward to Boruto Episode 165. The anime is currently following the Hashirama cells arc. It is only a matter of time until we get to see an action-centered episode. The past few episodes did make a great buildup for the fight in the forthcoming episodes of the anime.

Hashirama cells, the sacred material finally made its way out the Black Market, and it is now the duty of Team 7 to take care of it. Not just that but the fact of them being fakely accused of a murder they didn’t commit. There are high expectations of the plot turning upside down in the next few episodes. I mean why not, that’s how the series has been working up until now.

So without any further ado, let us start with the details on Episode 165 of Boruto anime, please note that this post may contain spoilers from the anime, so, if you are not keeping up with the anime, reading this article further may spoil the story for you.

Before starting, let us have a quick look at the previous episode of the anime.

Overall, there wasn’t much hype in this episode, and the anime is building up the plot for the climax of this arc. So, it was a mediocre episode, pretty much.

Team 7 finally managed to find the clues that lead them to the culprits that are responsible for the dealing of the Hashirama cells, before they try to flee away from the village borders. Midway, they encounter a Hidden Cloud Shinobi sent by Raikage since the Hashirama cells can be used allegedly if in the wrong hands.

Now with the addition of more people in the search of the Culprits, it gets a lot easier for Boruto and co. however, with a mysterious opponent appearing forth them, they decide to part ways and half of them go look for the culprits of Hashirama cells. At this point, the episode ends, however, there will be a great fight in the upcoming episode of the anime.

Boruto: Naruto Next Generations Episode 165 is titled as, The Duty of the Quadruplets and it will be released on Sunday 13 September 2020 at 5:30 PM JST. The anime will be available on all the online streaming websites roughly an hour later. You can watch the episode on Crunchyroll. We prohibit the usage of an illegal website to stream anime.

As per the preview of Episode 165, They’re finally here, huh? You’re all going to accompany me to hell! No way?! You’re willing to die too? Why are you so willing to throw your lives away? We’re not throwing our lives away! By releasing our lives, there are lives we can save! We only live for the sake of the mission!

Moreover, the title for Episode 166 is out as well. As per our sources, Boruto Episode 166 is titled, A Battle to Death. That means we will finally see a fight to the death in this episode of the anime.

That sums it up, for more such articles, stay tuned to our other articles. Meanwhile, make sure to read our recent on The Reincarnated Slime Season 2.