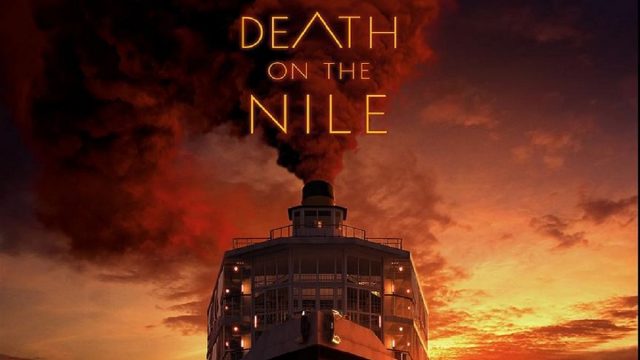 Kenneth Branagh’s Death on the Nile is a big current buzz. Based upon Agatha Christie’s novel of the same name the film is the sequel of the movie “Murder on the Orient Express” which came out in 2017. Everyone is eagerly waiting for it to be out. Though the release date is set on 23rd October and we can see the glimpse of the most awaited show in its trailer which is out now. We are again going to witness Hercule Poirot in the role of detective in the murder mystery.

In the trailer, you can witness the exciting cinematic journey with many plot twists and turns; which hints us towards the exciting and adventure-packed plot of the movie. Things look really promising from the trailer and we can really expect the movie to give us the same vibe as well.

The murder mystery produced by Ridley Scott, Mark Gordon, Simon Kinberg, Kenneth Branagh, Judy Hofflund and Kevin J Walsh; plus the executive production is being done by Matthew Jenkins, James Prichard, and Matthew Prichard. All-together it is again going to be really thrilling and mysterious with a power-packed performance of the amazing cast inside the movie.

Death on the Nile: Who all are in the cast?

Plus, the special thing here is that the movie stars an Indian actor i.e. Ali Fazal in a pivotal role. Earlier, he was also seen in some Hollywood movies like Victoria & Abdul and Furious 7. He captioned his social media post with “MURDER WAS JUST THE BEGINNING! Had a blast working with this wonderful bunch…”

Death on the Nile: What it is about?

As mentioned earlier the film is about a murder mystery and being a sequel of “Murder on the Orient Express” we can expect all the thrilling and adventurous vibes here too.

We are going to see Hercule Poirot who is on a mission to solve out a murder mystery on a fancy steamboat sailing across the river Nile. Everything turned from a peaceful and beautiful vacation to a terrifying search for a murderer when a picture-perfect couple’s honeymoon becomes a tragic one.

If you have not read the book yet then the trailer can give you enough hints about what the movie is going to be about. The official synopsises of the movie states:

“Belgian sleuth Hercule Poirot’s Egyptian vacation abroad a glamorous river steamer turns into a terrifying search for a murdered when a picture-perfect couple’s idyllic honeymoon is tragically cut short. Set against an epic landscape of sweeping desert vistas and the majestic Giza pyramids, this tale of unbridled passion and incapacitating jealousy features a cosmopolitan group of impeccably dressed travellers, and enough wicked twists and turns to leave audiences guessing until the final, shocking denouement.”

So it is quite clear that we are going to get a shocking unexpected ending. Well, take a look at the teaser and wait for the movie to hit the screens!