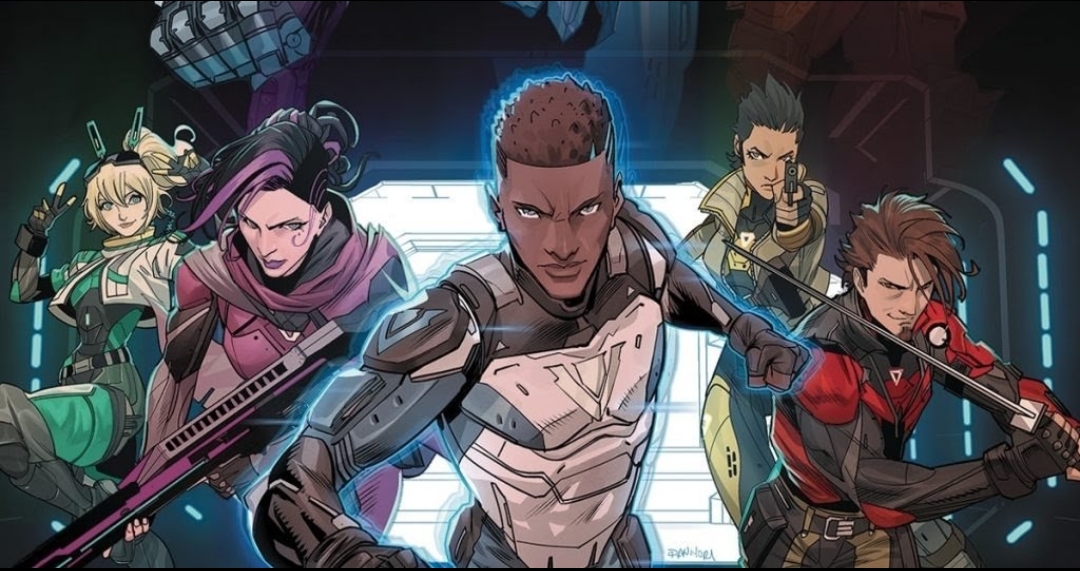 After the success of the first season of ‘Gen: Lock’, and the renewal of another season, the fans are really worried as to when will the production of season 2 begin. So here we have gathered all the necessary information about the second season of ‘Gen: Lock’. Read the article further to get acquainted to it.

The series, ‘Gen: Look’ is executive produced by Burnie Burns, Gray Haddock, Alana Mayo, Matt Hullum, and Michael B. Jordan, under the production house of Rooster Teeth Animation and Outlier Society Productions. The second season is going to be produced by Ryan P. Hall.

The second season of Gen: Lock, which was renewed last year on October 24, 2019, is most likely to air on WarnerMedia’s HBO Max in the first half of 2021, running exclusively for three months before releasing them on Rooster Teeth for FIRST members. The first season aired on Rooster Teeth’s platform, First, from January 26, 2019 and concluded with its season finale episode that aired on March 9, 2019. It was later moved to Adult Swim’s Toonami, and began to broadcast from August 3, 2019.

Although there is no formal announcement on the exact date of premiere, the makers of the show are quite excited about the upcoming season. Earlier it was expected to premiere sometime in November 2020, but judging from the fact that there is no such news as of the current time, for the show to be in process, owing to the mortifying effects of the COVID-19 pandemic, the show is sure to get delayed. The first season aired eight episodes in all with a screen time of 30 minutes on an approximation.

The second season of Gen: Lock is confirmed to mark the return of Michael B. Jordan, Maisie Williams, Dakota Fanning, and David Tennant in lead roles. In the first season, Michael B. Jordan, has lend his voice to the character of Julian Chase, playing the role of an all American guy from Brooklyn; while Dakota Fanning has voiced over Miranda Worth’s character, playing the role of Chase’s girlfriend. Maisie Williams voices over the character of Cameron ‘Cammie’ McCloud, who is the youngest recruit of Gen: Lock and an expert hacker. David Tennant has lend his voice to the character of Dr. Rufus Weller, who has created the Gen: Lock program. The other important characters of season 1 includes—Yasamin Madrani, playing an Iranian fighter pilot, with callsign ‘Huma’; Kazu Iida, paying the role of a former member of the military of Japan, with the callsign ‘Shogun’; and Val/entina Romanyszyn, with callsign ‘Wraith’ playing the role of a Russian covert agent. Sinclair’s Impersonator and Nemesis along with Carlyle played the role of the antagonists in the first season.

wanna know more about #genLOCK season two? me and fellow writers @ThaDominghorse, @YabaiMaasai, Kristle Peluso and Gavin Hignight will be talking about it this Monday at 1 PM CDT/2 PM EDT as part #RTXatHome. pic.twitter.com/Op9MW4z4uF

The confirmed cast list of the supporting members has not been out yet but we hope there will not be much changes made to the current cast. The new details will be updated as soon as possible.

Created by Gray G. Haddock, the 3D animated mecha sci-fi series, ‘Gen: Lock’ is set fifty years later in the dystopian future, when a brutal authoritarian force intimidate to overpower the world. In order to pilot a new set of weaponized neuroscience that owns destructive mecha, a bold and daring team is formed, who will not hesitate to sacrifice everything for the sake of the world. In Gen: Lock season 2, we might witness the battle between the Polity and the Union at a higher level.

In case you haven’t watched the first season yet, here is the official trailer of Gen: Lock season 1. The trailer of season 2 will be updated here when the makers will drop it.

The series has been defined as a lovingly crafted amalgamation of modern military blockbusters with western computer animation and Japanese mecha genre giving equal attention to hand-drawn anime detailing.