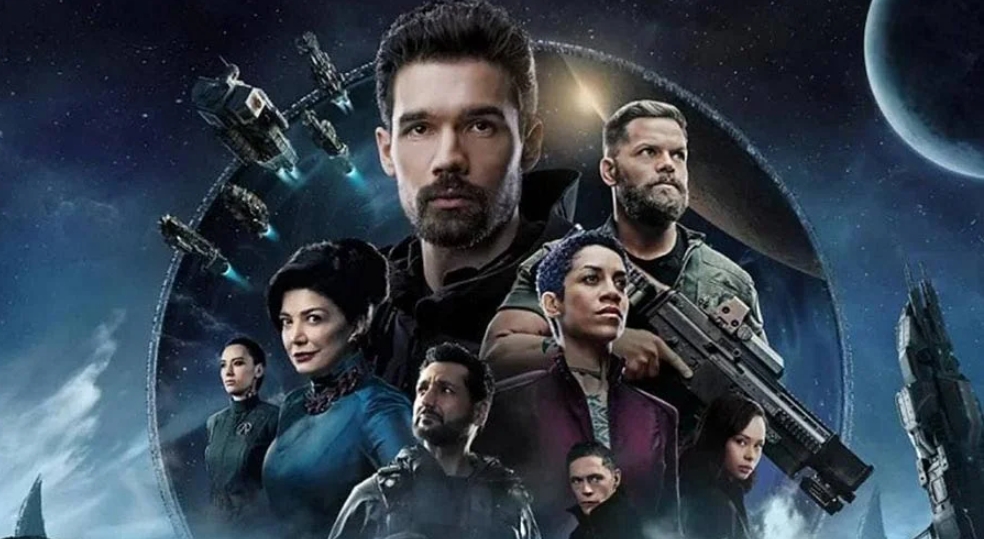 Prime Video is all set to bring back the adventures of the team of The Expanse with their fifth installment soon, and the fans are really looking forward to watch it. The season has already received its green light, so we have gathered the important information that you need to know about the upcoming season.

Although we have not received an exact release date for the upcoming season, the fifth season of The Expense is expected to premiere sometime in the first half of 2021. Earlier, it was expected to arrive before December this year, if we follow the release date of the last season, but taking into account the post-production work of visual effects from multiple teams, this is very unlikely to happen. The team of The Expanse were lucky enough to complete the filming before the lockdown was announced in March, due to the COVID-19 pandemic.

The show first premiered on December 14, 2015 with ten episodes on Syfy. The second season debuted in February, 2017 while the third season of the series came out in April, 2018, each with thirteen episodes. The show was picked up by Amazon Prime Video in 2018 for the fourth season, when Syfy cancelled the show after three seasons. The fourth season that was released last year on December 12, comprised of ten episodes. The fifth season was renewed in July, 2019 by Prime Video. You can stream all the past seasons of the show on Prime Video, if you own the Prime membership.

The upcoming season will be bringing back most of the main characters from the last season, including— Thomas Jane as Joe Miller, Steven Strait as James Holden, Dominique Tipper as Naomi Nagata, Wes Chatham as Amos Burton, Nadine Nicole as Clarissa Melpomene Mao, Frankie Adams as Bobbie Draper, Cara Gee as Camina Drummer, Keon Alexander as Marco Inaros, Jasai Chase Owens as Filip Inaros. Although David Strathairn’s character, Klaes Ashford, faced an ultimate end in the finale of season 4, it seems like he is not dead and would be returning in season 5. Cas Anvar, playing Alex Kamal in season 4, was accused of sexual misconduct by several women and is currently under investigation. Therefore it is hard to say if he will return for season 4 or not.

I can’t wait for Season 5 of The Expanse 💪

Brilliant cast, excellent story & incredible special effects. If you haven’t watched it yet all episodes are available on @PrimeVideo @ExpanseOnPrime https://t.co/IWzn6Yf1bh

The American science fiction TV series, ‘The Expanse’ is inspired by the series of novels by James S. A. Corey bearing the same name. Developed by Hawk Ostby and Mark Fergus, the series is set hundreds of years later, in the future, where mankind has colonized the Solar System. It revolves around a disparate group of villains from three places— the Martian Congressional Republic on Mars, United Nations of Earth and Luna, and Outer Planets Alliance formed by a loose arrangement of the moons of Saturn and Jupiter and the asteroid belt.

At the end of season 4, Ashford had to face a crossword in her personal and political life. The crew of Roci intends to re-set up habitation on Ilus. Therefore we can expect a whole new storyline in the fifth season, comprising of political tone work. Moreover, the questions that remained unanswered in the last season will also be covered here.

Till now, there is no official trailer released for the fifth season of The Expanse. However, you can take a look at the last season’s trailer. In case you haven’t watched it yet, you can do it now.