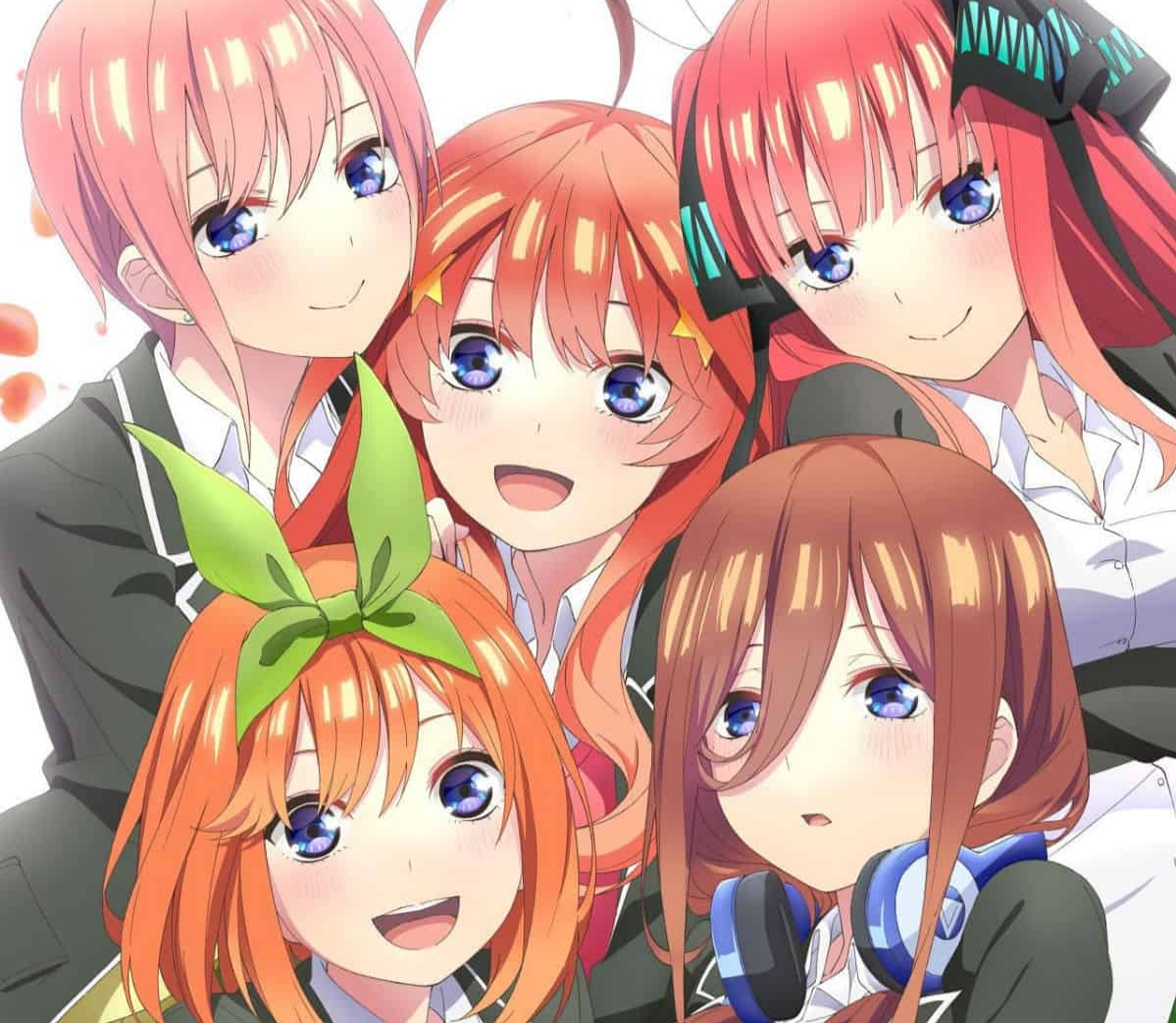 The loyal fans of the popular anime must have known by now that The Quintessential Quintuplets is going to have a sequel to the original anime. The viewers of the popular anime have praised the show for being heartwarming as well as charming. Although it belongs to the rom com genre, the show still stands out because of its impressive and fresh storyline, with the female characters creating a fun dynamic with Futaro Uesugi.

The anime had grabbed its spot in the top 20 list of popular anime on Crunchyroll while competing with projects like— The Rising Of The Shield Hero, That Time I Got Reincarnated As A Slime, Mob Psycho 100, The Promised Neverland, and Sword Art Online: Alicization.

Originally scheduled to air sometime in October 2020, the second season of The Quintessential Quintuplets is now postponed to air in January 2021, because of the impact of the Coronavirus pandemic that, on a serious basis, has been affecting the television industry since March. On May 5, 2019, the announcement of the show getting a new season was made. The episodes will be broadcasted on television on TBS in Japan. You need to have a subscription to the channel in order to watch the show. You can also watch the episodes online on Chrunchyroll.

The announcement of the anime adaptation was first made on August 8, 2018 on the 36th and 37th issue of Weekly Shōnen Magazine. The first season of the anime originally premiered on January 10, 2019 on SUN, TBS and BS-TBS channels in Japan and continued till March 28, 2019. You can stream all the episodes of the past season on Crunchyroll along with the English dubbing provided by Funimation.

The last season of The Quintessential Quintuplets was directed by Satoshi Kuwabara, but the upcoming season will be directed by Kaori (Yuyushiki) and will be produced by Bibury Animation Studio instead of Tezuka Productions as the animation studio. Illustrated by Negi Haruba, Keiichirō Ōchi will be serving as the script writer in this season as well. Tezuka Productions hasn’t announced any future projects except for the Astro Boy Reboot anime, which was initially announced way back in 2014. The current production house of the anime, hasn’t announced any new projects other than Astro Boy Reboot anime, which was announced way back in 2014. This might affect the release of The Quintessential Quintuplets as the project of Astro Boy Reboot, containing 51 episodes, might keep the studio occupied in the short term.

The Japanese anime, ‘The Quintessential Quintuplets’ revolves around a high school poor boy of second-year who receives a very tempting offer in order to serve as a part-time tutor. However, much to his surprise, the students whom he is supposed to teach turn out to be a few female students from his own class. In addition to it, he discovers that the girls are quintuplets and all five of them are equally gorgeous. However, they are not very good students and their grades are no better than the borderline. The first season dealt with him trying to win the trust of the quintuplet sisters namely— Itsuki, Ichika, Miku, Nino, and Yotsuba, in a place where each and every day is no less than a wild party.

However, the season left off the spectators pouting because it ended just after the storyline got spicy. It will be interesting to watch how the makers will proceed with the story.

The second season will be bringing back the cast from the first season, as the five quintuplets as well as the male lead Futaro Uesugi will be seen in their respective roles. Here is the official trailer of the anime from the last season. You can take a look at her for the time being. We will update you with the latest news on this topic here itself. Stay tuned.