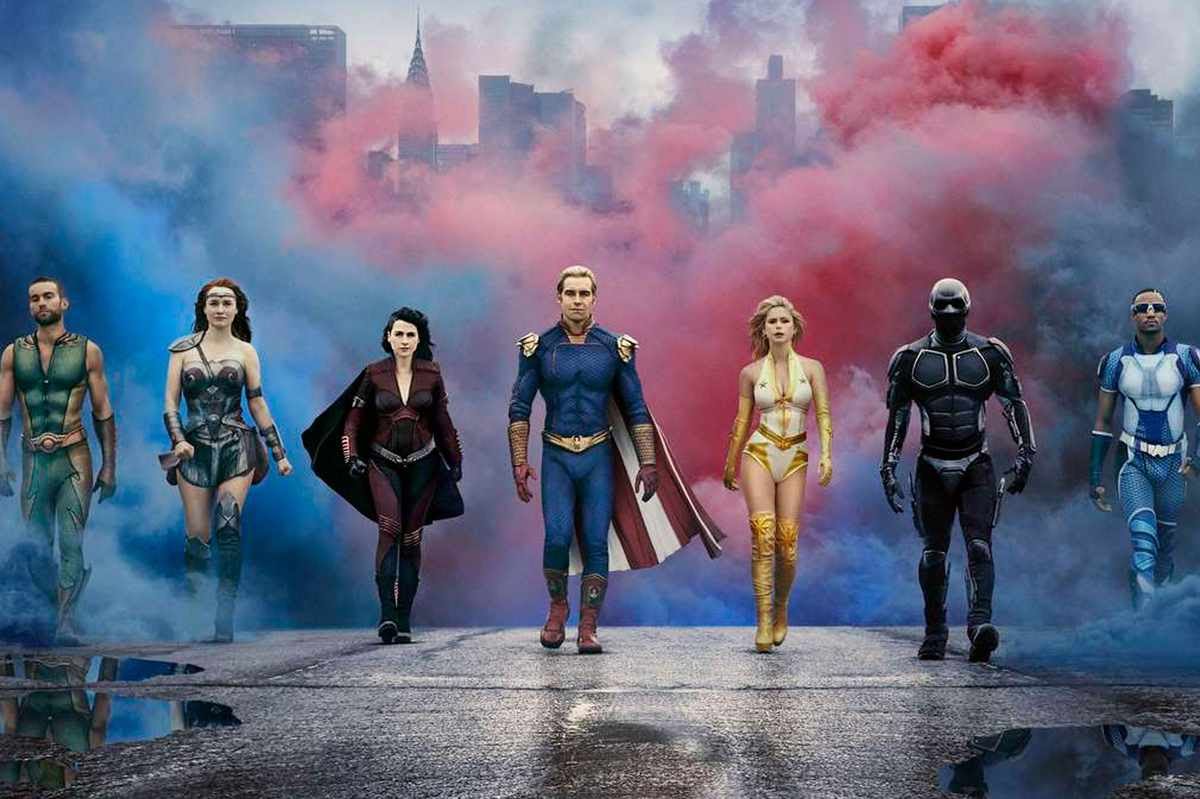 One of the surprising hits of 2019, The Boys managed to attract a large number of viewers because of its strong ensemble cast as well as its own angle on the superhero genre. The second season of The Boys is finally back and people are loving it.

The show is being produced by Sony Pictures Television, Kripke Enterprises, Kickstart Entertainment, Amazon Studios, Point Grey Pictures, Original Film, and KFL Nightsky Productions, while Eric Kripke is serving as the developer of the show.

The second season of The Boys premiered with three episodes together on September 4, this year. However, unlike the first season, which aired all its episodes together on July 26, 2019, on Prime Video, the current season is releasing one episode every Friday on Prime Video, starting from episode 4. So if you are a type of person who intends to watch all its episodes at one go, you will have to wait for a few more weeks. Here is the list of episodes of the second season along with their date of release.

The second season of the series was renewed on July 19, 2019, a week before the premiere of season one and the shooting was completed by November, 2019, in Toronto. Each season of the show comprises of eight episodes, each episode having a screen time if 60 minutes approximately. Amazon has already renewed the show for a third season on July 23, this year, at the aftershow of San Diego [email protected], which was hosted by Aisha Tyler. The show makers are all set to start the filming of The Boys season 3 in 2021. Moreover, a news about the show getting a spin-off is also under circulation. It seems like the show has got more than enough credit points for it to amass more number of spectators.

The creators of the show have also dropped a mini episode of five minutes, called ‘BUTCHER’ which was supposed to be a part of the second episode. It is made out of a substantial number of scenes that stars Karl Urban’s Billy Butcher. This special episode is important as the original show contains a few references from this part which is tied to the storyline.

Based on the comic book,’The Boys’ by Darick Robertson and Garth Ennis, the American superhero TV series, revolves around the titular group of vigilantes who have to combat individuals misusing their superpowers. There are two main groups in particular, premier superhero team of Vought International, and the titular Boys, who aim to bring down the corrupt team of the Seven.

The show marks the return of Karl Urban as William Butcher, serving as the leader of the Boys; Jack Quaid as Hugh Campbell, serving as a civilian associate of the Boys; Antony Starr as John or Homelander, playing the role of the mighty leader of the Seven; Erin Moriarty as Annie January or Starlight, casted as a member of the Seven, with light-emitting powers; Dominique McElligott as Maggie Shaw or Queen Maeve, casted as a veteran associate of the Seven, having special physical strength and durability. Other important members of the cast include Jessie T. Usher as Reggie Franklin or A-Train, Laz Alonso as Marvin T. Milk, Chace Crawford as Kevin or The Deep, Tomer Capon as Serge, Karen Fukuhara as Kimiko Miyashiro or The Female, Nathan Mitchell as Black Noir, Colby Minifie as Ashley Barrett, and Aya Cash as Mrs. Vought or Stormfront.

Here is the official trailer of the second season of the show. Have a look at it.