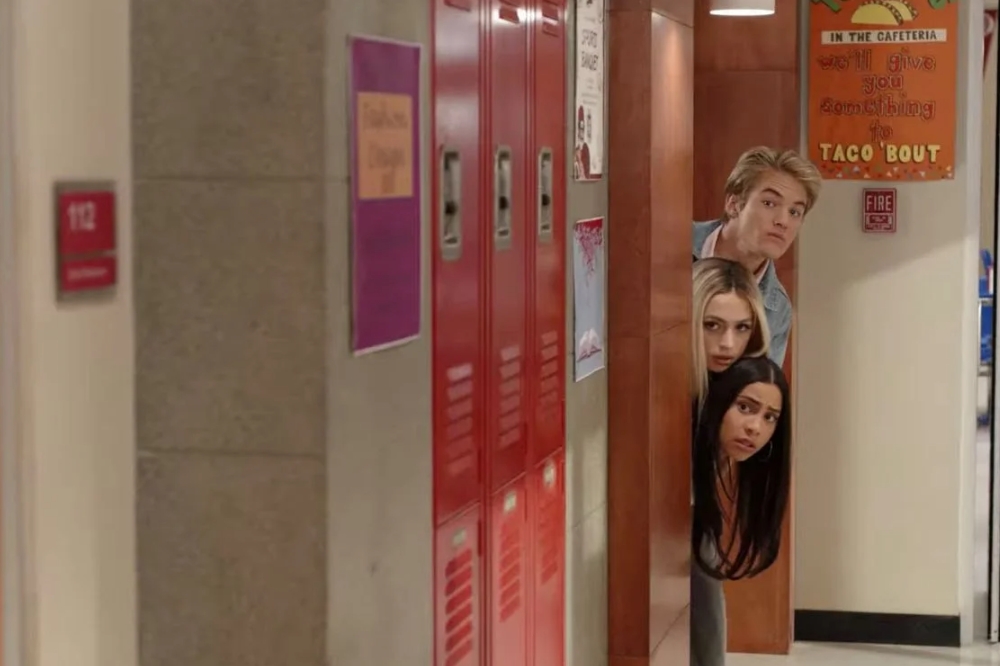 The reboot of Saved by the Bell finally has a release date and the fans can’t keep calm. The show will be the direct sequel of the popular TV series, from late 80s and early 90s titled, ‘Saved by the Bell’ as well as its spin-off, ‘Saved by the Bell: The College Years’. The show was announced last year and since then, we have been waiting eagerly for it to start airing.

Saved by the Bell Release Date

The American television series, ‘Saved by the Bell’ is dated to premiere on the television on Wednesday, November 25, 2020 on Peacock in the USA. The revival of the show was announced on September 17, 2019 with Tracey Wigfield serving as the show runner. The production of the series came to a halt in March, 2020 as the Coronavirus held its grip firmer. The filming was continued in August after the production was resumed. It is still unknown how many episodes will be there in the show.

For them who have watched the original version of the show, here is a good piece of news for, two of the most distinguished artists from the series are going to reprise their characters in the upcoming follow-up— Elizabeth Berkley as Jessie Spano, who will now be playing the mother of Jamie, the captain of Bayside’s present football team; and Mario Lopez as AC Slater, who will be playing the role of a gym teacher at the school. There are other artists from the original series as well who will be seen in assisting characters in the upcoming series, including— Mark-Paul Gosselaar as Zack Morris, Tiffani Thiessen as Kelly Kapowski and Ed Alonso as Max. The show has added new artists as well in the list of cast members, including John Michael Higgins, casted as Principal Toddman, Bayside’s new head; Mitchell Hoog, Josie Totah, Haskiri Velazquez, Alycia Pascual-Pena, Dexter Darden, and Belmont Cameli as the present crop of Bayside pupils.

Saved by the Bell Storyline

Set twenty years after the past events from the original show, in Bayside, the upcoming show revolves around a new batch of students at Bayside High coming from extra-affluent as well as working-class families. The group of pupils from the working-class families was transferred to the school as instructed by Zack Morris, the Governor of California, who is always under controversy because of his wierd system of administration of shutting down of many low-income high schools in order to send the students from those schools to the states’ highest-performing educational institutes. The show features the actors from the original show as parents and teachers at the school in this series.

Created byTracey Wigfield and developed by Peter Engel, the first trailer of Saved by the Bell was dropped earlier in year on April 15, 2020, giving a glimpse of the older Jessie and A.C. showcasing the new generation of students at Bayside, while the team updated us with another trailer which was released in August. Here are the two trailers of Saved by the Bell. Take a sneak peek at it in case you haven’t watched it yet.

You will be able to watch the episodes online on the official website of Peacock soon after the episodes start airing. We will update the article if we come across some new details about the show.