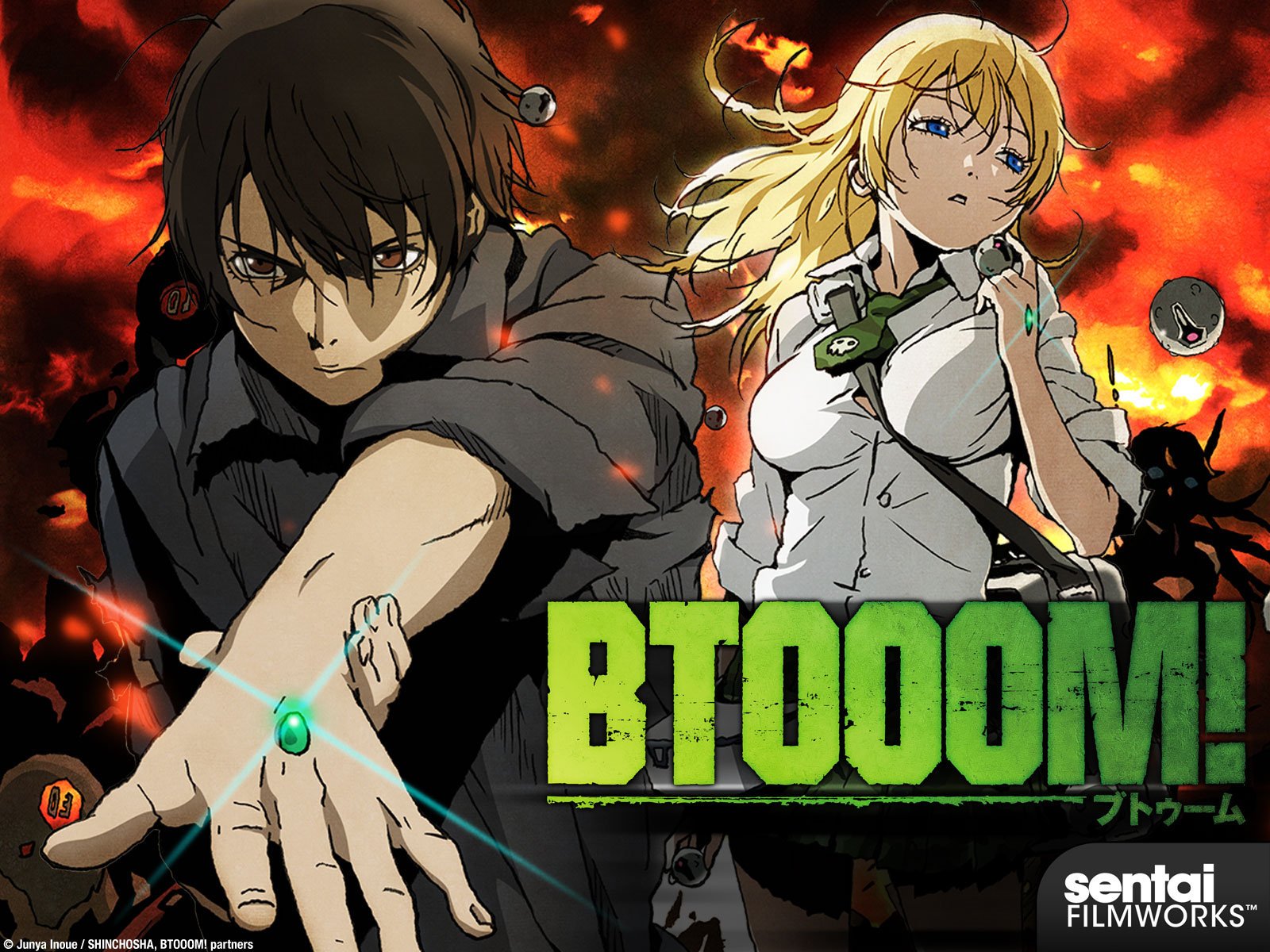 BTOOOM! is an Action, Sci-Fi, Psychological, Seinen anime produced by Sotsu, KlockWorx, flying DOG, Showgate, licensed by Sentai Filmworks animated by Madhouse. BTOOOM! has almost a similar concept to the Pubg game but BTOOOM! is not a game few people have abducted and sent them to an unknown island, and the last one standing is the winner. In BTOOOM! you will get a different kind of grenade, yes, the only grenade you don’t have and guns or anything.

BTOOOM! is the story of Ryouta Sakamoto, who is unemployed and lives with his mother in his parent’s house. Ryouta Sakamoto is Japan’s top player in a very popular online video game called BTOOOM! One day his whole life turns upside down when he finds himself standing on an unknown island, and he doesn’t understand a thing; he had no memory how he got there. Ryouta Sakamoto noticed he has a small green crystal embedded in his left arm. After a while, he got shocked knowing that someone is trying to recreate the game BTOOOM! he is so fond of, but this time its a game of life and death.

The grenade used in BTOOOM! is known as BIM, there is a different kind of BIM’s. The task or mission for this real-life BTOOOM! is to take the of the other players and take the green crystal embedded in their left arm. Many players don’t want to kill anyone or do any sought of violence. Ryouta Sakamoto is one of them, but when Ryouta Sakamoto found himself in the corner, he was forced to fight. Ryouta Sakamoto soon teams up with a girl named Himiko and try to get off this island by working together.

BTOOOM! Season 1 was aired in 2012 with a total of 12 episodes, the first episode of BTOOOM! was premiered on October 2012, and the final episode came out in December 2012. At the time of premier, BTOOOM! was pretty underrated, but bak in the year 2018 call for the second season reached it pick, but we didn’t get another season. One of the main reasons for not getting another season is that manga offers two alternate endings to its readers. Resulting in the season two of BTOOOM! is yet to be confirmed.

Where to watch BTOOOM!

We can watch BTOOOM! in English subbed on Amazon Prime, HiDive, and Crunchyroll.

There are many other players as well. That’s all for this article we will update you as we get any info or confirmation. Also, read our article on Spitting Image Release Date, Cast, and Updates.