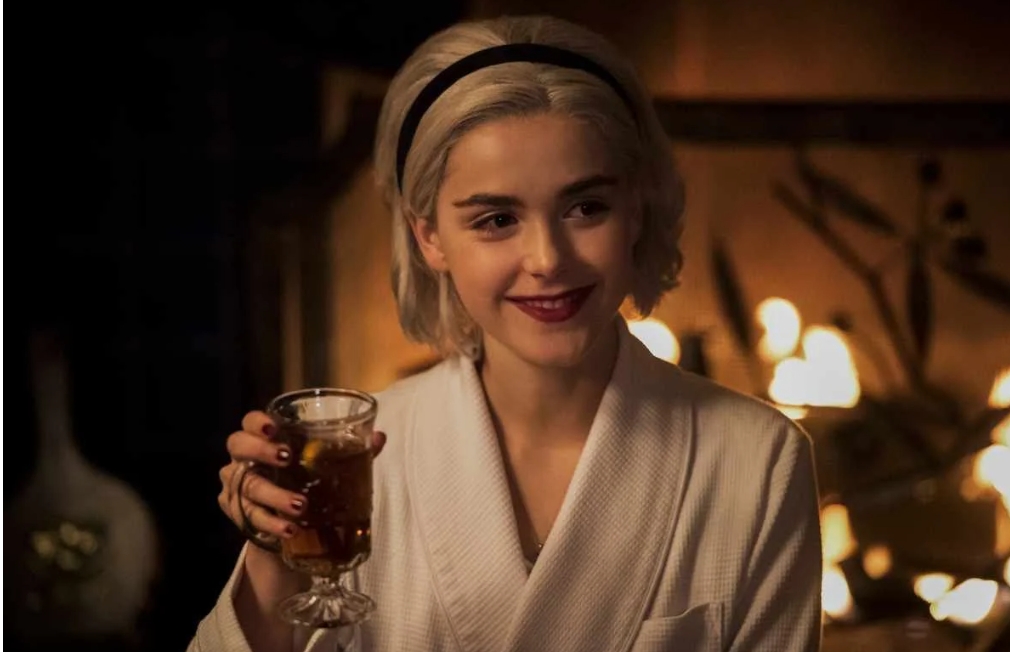 After the third season of Chilling Adventures of Sabrina released at the beginning of the year, the show’s loyal fans have been looking forward to the fourth season. However, the news of the series’ cancellation came as a surprise to them when it was first announced in July. Nevertheless, the fourth season is already on the way and is expected to drop soon.

The fourth and probably the last season of Sabrina is expected to premiere in late 2020, most likely in December on Netflix. The third season, or more precisely, the second part of season 2, was dropped earlier this year in January. The second part would have been out by now, but the production got delayed because of the COVID-19 pandemic. Like the third season, the upcoming season will consist of eight episodes and a screen time ranging from 50 to 60 minutes approximately. The show first premiered on Netflix on October 26, 2018, and consisted of eleven episodes along with a Christmas special episode that premiered on December 14, 2018. The second season came out on April 5, 2019, with nine episodes in all. Here is the list of all the episodes of Chilling Adventures of Sabrina Season 4:

Chilling Adventures of Sabrina has been renewed for 16 more episodes! Production begins next year and the next batch will air in two parts: Parts 3 & 4. pic.twitter.com/OvwMftgMN0

Read More: Everything coming to Disney+ this October 2020

In the third season of the show, Sabrina sets out towards Hell to save her boyfriend, whose body was restraining the Dark Lord, who is also Sabrina’s biological father. The season focused on mythology, letting the spectators get acquainted with the underworld. Sabrina couldn’t just endure all the injustices taking place in Hell, and she resolves to bring new management to the realm of Satan. The show expanded its scope and played with different timelines in the past. Consequently, we have two co-existing Sabrinas currently, one ruling the Hell and the other who returned to Greendale.

In January, it was revealed that the fourth season would be focusing on both the Sabrinas moving forward simultaneously. The showrunner, Roberto Aguirre-Sacasa, revealed that the upcoming season is very different from the third one. Although we know that the third season is set mostly in Hell, it is the fourth season with each of its episodes framed like a mini horror movie of its own. According to Netflix’s synopsis, which came out earlier in July, the season will have the Eldritch Terrors descending upon Greendale. As the witches wage war, Nick begins to capture Sabrina’s heart once again, with the help of The Fright Club.

The fourth season of the show will cast Kiernan Shipka as Sabrina, Miranda Otto as Aunt Zelda, Lucy Davis as Aunt Hilda, Chance Perdomo as cousin Ambrose, Ross Lynch as Harvey Kinkle, Lachlan Watson as Theo Putnam, and Jaz Sinclair as Rosalind Walker. Watson and Gavin Leatherwood, playing the role of Nick Scratch, Sabrina’s warlock boyfriend, are also expected to play essential roles in the upcoming season. We may also witness the return of Michelle Gomez as Mary Wardwell or Madam Satan, Richard Coyle as Father Blackwood, and Tati Gabrielle as Prudence Blackwood.

The trailer of the fourth season is not yet released by Netflix. You can watch the last season’s trailer for the time being.