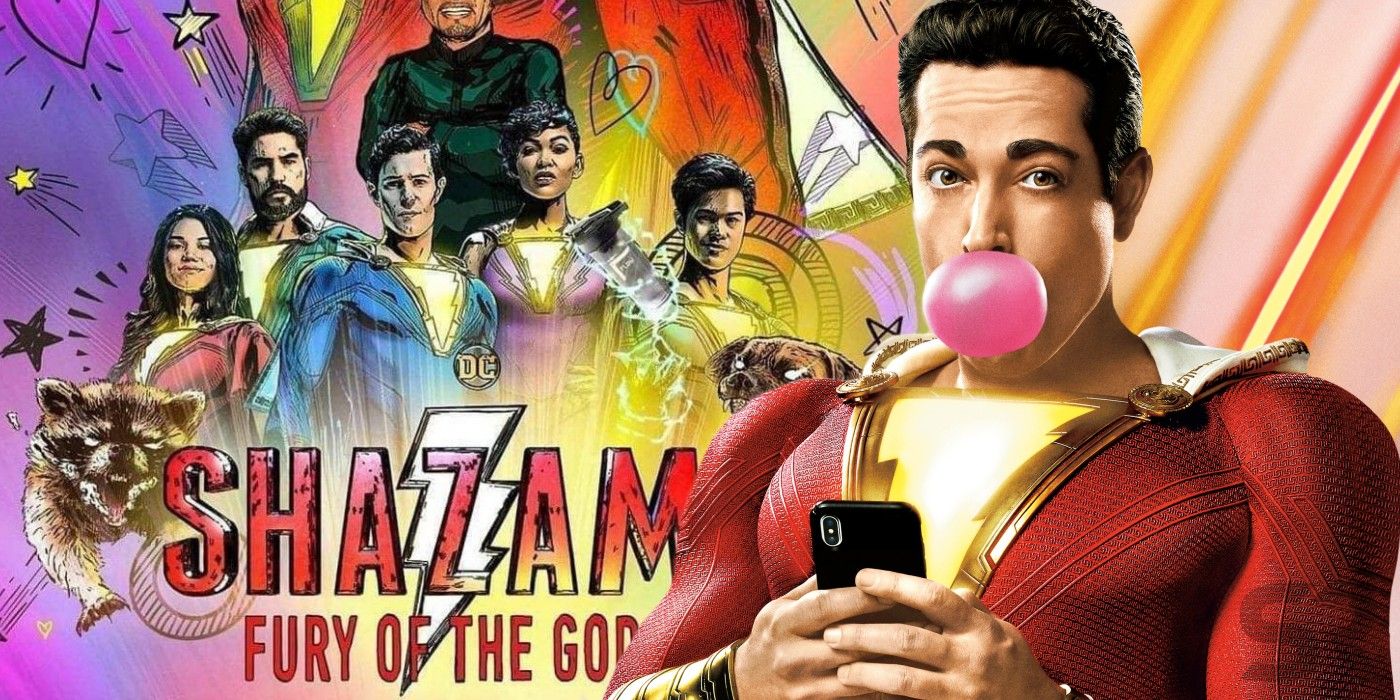 In this article, we are going to talk about the upcoming Hollywood superhero movie named Shazam! Fury Of The Gods. The film is supposed to release by mid-2022. The movie will be directed by David.F. Sandberg and will introduce us to Black Adam for the first time in the DCEU, played by none other than Dwayne “The Rock” Johnson.

The movie is a sequel to the first part, “Shazam,” which was released on 5th April 2019. The DCEU introduced the viewers to the character of Shazam for the first time. Shazam is originally an age-old wizard living on the planet for thousands of years, fighting against the universe’s evil powers and nature. But finally, his time had come to perish, as is the case with other living creatures on this planet. But his work was unfinished as he couldn’t get rid of all the evil forces and additionally foresaw the coming of an even stronger force whom even he can’t defeat. Hence, he saw it best to transfer all his powers to someone who was young but had a pure heart. Here enters Billy Batson, a 12-year old orphaned kid living with his foster family who thinks life sucks!!!

Billy and Shazam meet each other under magical circumstances in a completely different space and time, which is controlled by Shazam himself. Shazam asks Billy to say his name (the word “Shazam” itself) so that he can transfer all his powers to him, but Billy finds the entire situation as something very comical and funny. Eventually, he chants the word “Shazam,” and you lot know the rest. Thus, begins a brand new phase in Billy’s life where he is a 12-year old kid as well as one the most powerful superheroes of the DCEU.

DC Comics (under Warner Bros.) has planned to release a chain of movies in the upcoming years. The sequence was supposed to start from this year with Wonder Woman ’84, but due to the COVID-19 pandemic outbreak, everything had to be postponed behind schedule. According to the very sequence of movie releases in the DCEU franchise, Black Adam is ahead and will release in December 2021. Black Adam would be the standalone movie on the very supervillain character and will be played by Dwayne “The Rock” Johnson. After this title, Shazam 2 is scheduled to release somewhere in the middle of 2022. You can catch the teaser of Black Adam here:

How will the plot connect the prequel with the sequel?

Not much is known about the plot of Shazam 2 as fans have to first get their eyes on Black Adam and its character development. However, in the first part, we saw the encounter between Mister Mind and Dr. Sivana, where Mister Mind says, “Oh what fun we’re going to have together. The seven realms are about to be ours.”

Mister Mind is a menacingly cunning and super intelligent caterpillar who turns out to be one of Shazam’s arch-nemesis in the comics. He is so intelligent and brainiac that he has his own Monster Society of Evil. The “seven realms” are the Seven Magiclands, which are linked to the Rock of Eternity. Coincidentally Billy is not the only superhero in the movie. His seven foster brothers and sisters have inculcated his powers within them, and they are now part of the Shazam family.

Also, there is a word that Black Adam will appear in Shazam 2. It will be immensely exciting to see the Shazam family take on two of the franchise’s strongest villains in the sequel. Till then, fingers crossed.
The movie’s cast will be Zachary Levi/Asher Angel as Billy Batson, Jack Dylan Grazer/Adam Brody as Captain Marvel Jr., Faithe C.