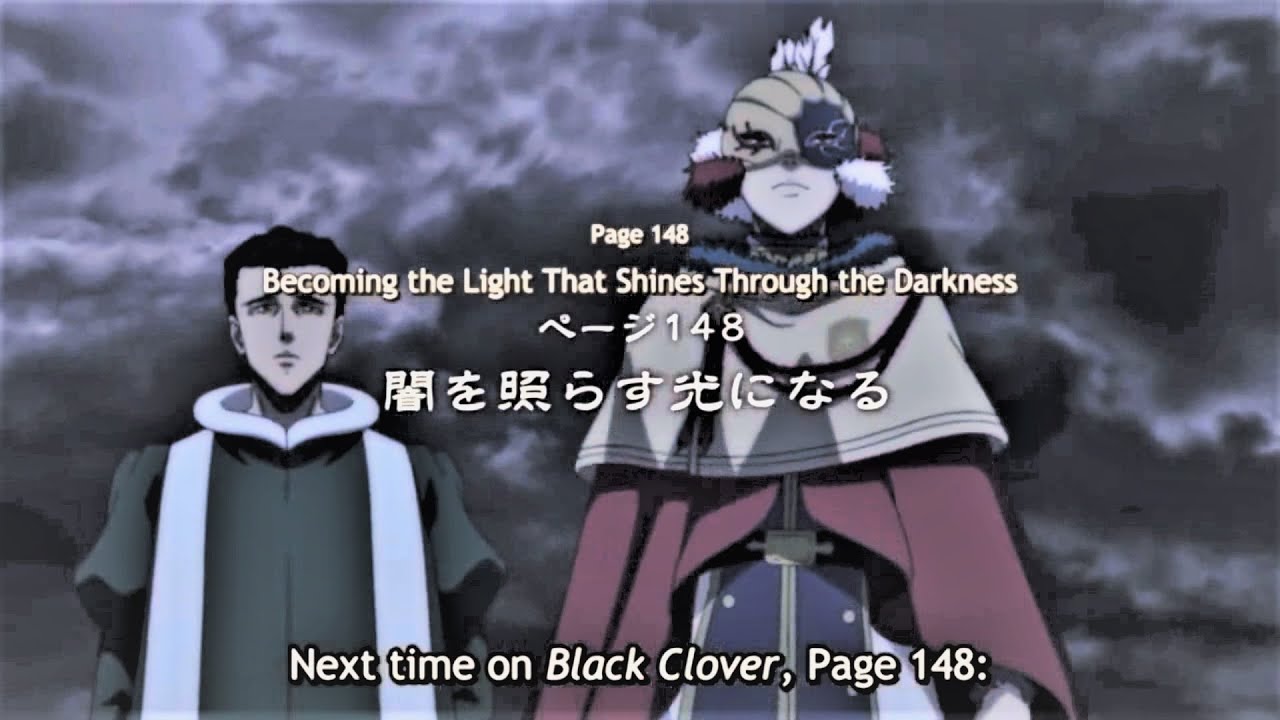 Black Clover is standing at the pinnacle of other popular ongoing anime. Even after following a filler arc, the anime is massively gaining popularity. Whether it may be the craze of manga or the anime-original arc, Black Clover is an anime most Shonen fans are keeping up with. The anime recently released Episode 147, and viewers are now looking forward to the next episode.

In this post, we have included every small and big thing you need to know about the anime’s upcoming episode, i.e., Episode 148. Please note that this post contains the spoilers from the episode as well. So, if you are not into leaks, then this one might not be for you.

Black Clover Episode 148 – Everything you Need to Know

As usual, the Anime drops a new episode every week until or unless there’s a delay. So, most likely, the Anime will drop Episode 148 on the upcoming Tuesday. Keeping in check with the delays, Black Clover Episode 148 will release on Tuesday, 20 October 2020. You can watch this Anime officially on Crunchyroll.

As per the preview of this episode –

The episode is titled, “To become the light that illuminates the darkness.” As for the synopsis, “Asta and Noelle got captured while rescuing Nero from the Devil Believers and are now approaching the nearing the border of the Clover & Spade Kingdom. Magna and Yami manage to make it somehow, followed by Fuegoleon and Nozel. Everyone does their best to negotiate and solve things without any hard feelings. However, the Devil Believers aren’t all talk; they won’t agree to any terms and conditions made by the Magic Knights.

Viewers are excited about Black Clover Season 4 since the anime is still covering up the filler arc. The sole purpose of creating this arc is to introduce a ‘gap’ between the anime and manga. The 4th season of the anime will most likely premiere in 2021. Due to lack of content, either the series will go on a hiatus or introduce another filler arc.
The plot for the fourth season of this anime is supposed to cover up the original Spade Kingdom arc.

Black Clover anime is an adaptation of the well-known manga written by renowned mangaka Yuki Tabata. The mangaka is getting loads of love from the fans from his recent success of the manga. And, as said by a fan on Twitter,

As for the plot, the story revolves around a magic-less boy, Asta, who wishes to be the strongest magic-user in his country. He then encounters rivals from all kinds of backgrounds with similar motives. Join him on his path of being the Magic Emperor of the Clover Kingdom. The brat later gets accompanied by a demon possessing anti-magic power, which is as rare as a gem. Here is the trailer for the manga-

Read More: Bofuri: I Don’t Want to Get Hurt, so I’ll Max Out My Defense Season 2 Expected Storyline – What Will Be It Out?