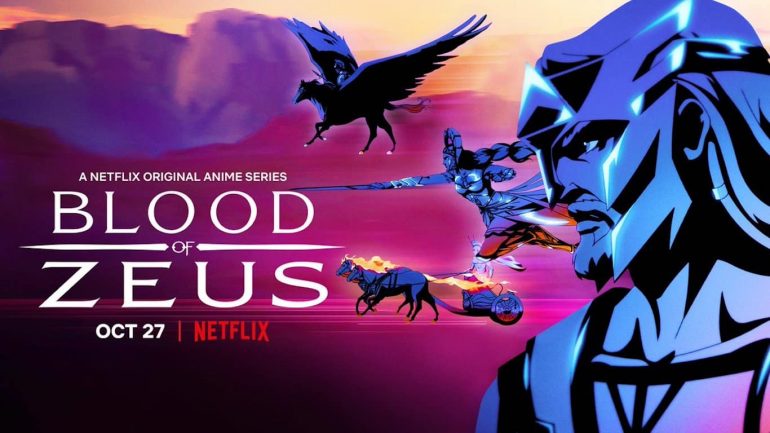 In this article, we will talk about an upcoming anime-style web series, Blood of Zeus and its release date, and much more. The web series is an entirely original anime and is a Netflix Exclusive show because Netflix has officially produced the anime in collaboration with Powerhouse Animation Studios.

The anime has been created by Charley and Vlas Parlapanides, with the duo being the executive producers of the show as well. The show has been produced by the collaborative unit of Netflix and Powerhouse Animation Studios. The anime-style web series is set to release on the Netflix platform on 27th October 2020.

The web series is an upcoming anime web series and has been solely created by Netflix instead of importing anime titles from Japan. The series was formerly titled “Gods and Heroes,” but then Netflix producers changed the name to “Blood of Zeus.” The show is called Blood of Zeus because the show will be revolving around the character Heron, a demigod and the son of Zeus. The Gods and the Titans are at war with each other. Meanwhile, there lives a commoner on ancient Greece’s outskirts who has no knowledge of his past or where he belonged. But with the Gods being defeated at war, Heron must become humanity’s best chance at survival. With Zeus’s blessings and the power he was gifted since birth, he has to discover his past and defeat an army of monsters to save both heaven and earth.

Blood of Zeus will be releasing on Netflix on 27th October 2020. Here’s a trailer to the anime web series:

The cast for the upcoming first season is as follows,

The rest of the cast members include Claudia Christian as Hera, Elias Toufexis as Seraphim, Mamie Gummer as Electra, Chris Diamantopoulos as Evios, Jessica Henwick as Alexia, Melina Kanakaredes as Ariana, Matthew Mercer as Hermes, Adetokumboh M’Cormack as Kofi, Adam Croasdell as Apollo.