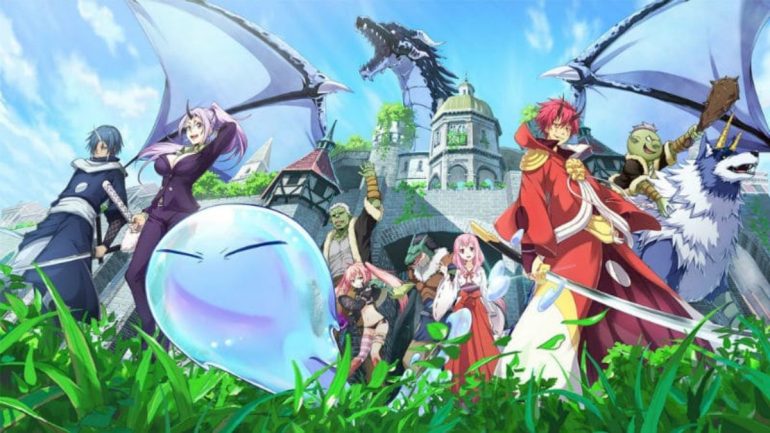 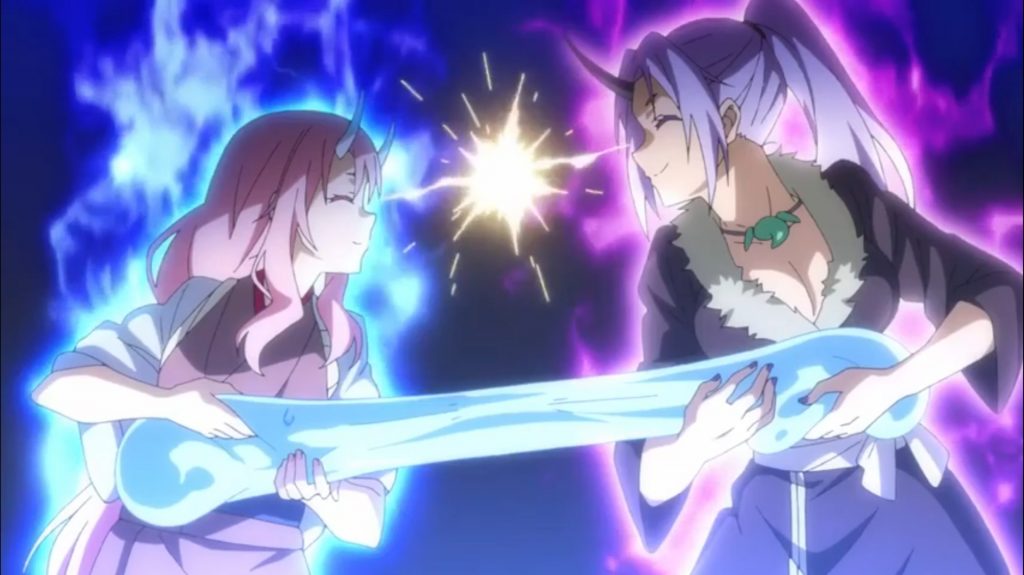 That Time I Got Reincarnated As Slime Season 1 was first premiered on 2nd October 2018, having 24 episodes, and it last till 19th March 2019. Season 1 was written by Kazuyuki Fudeyasu, whereas it is produced by Shigeto Sugimoto and Yohei Ito. Yasuhito Kikuchi directed it along with Atsushi Nakayama being an assistant director. Elements Garder has given the music and series is animated by Eight Bit Studio. Monster designs were provided by Takahiro Kishida, whereas characters have been designed by Ryouma Ebata. The series was broadcasted by Crunchyroll, whereas dubbing was done by Funimation. The series got aired on Tokyo MX and other channels.

The story of the series is about a man who is 37-year old, whose name is Satoru Mikami. He works in a corporate firm in Tokyo. He is living his monotonous life and doesn’t have a girlfriend. Someday while going somewhere, accidentally, he got encountered, and while dying, he heard some echoes in his mind that he will be reborn with powers. After getting into the conscious state, he sees himself landing in an unfamiliar world and being reincarnated as a slime. He also acquires new skills called “Predator,” which is nothing, but he can take anyone’s appearance and skills. Later he came across Veldora, which is a storm dragon that was sealed for over 300 years, Satoru helps him, and Veldora gave the name to Satoru as Rimuru Tempest to agree to give protection.

In season 2, we will expect to see Rimuru with more power and intelligent skills to deal with all the demons and the obstacles and continue his further journey while facing the new characters in between. This series is quite famous amongst the audience because it is quite different from other anime series because of Rimuru’s power and his skills to tackle the situation. For more such updates, please keep reading and stay tuned with us.