Ashes of Creation Release Date, and All You Need to Know 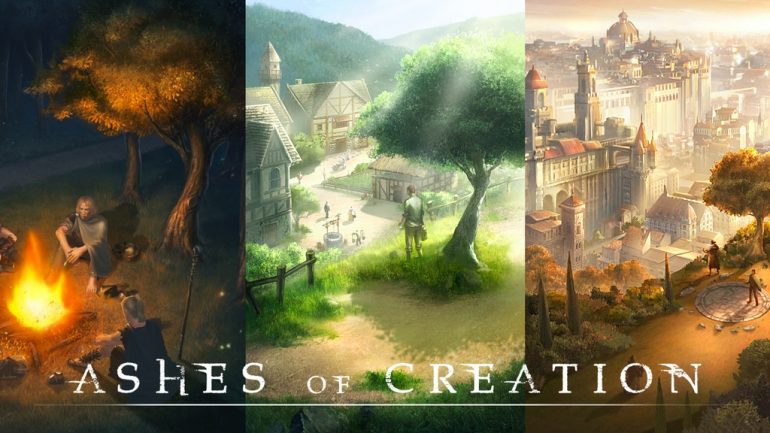 Hello gaming geeks and peeps, welcome to GizmoSeries, and today in this article, we are going to talk about the upcoming videogame Ashes of Creation and its release details. It is a fantasy-themed role-playing videogame where the player will choose what kind of world he/she wants to play and shape them accordingly through the game’s journey.

It is one of the most highly anticipated role-playing videogames of modern times and has been in the news for quite a while now. The upcoming title version of the game will use the hybrid product of PVP and PVE content and will focus primarily on cutting any sort of box-cost subscription, i.e., the players won’t have to pay to buy game commodities such as attires, weapons, etc. with real-world currency. However, there will be an in-game currency with a store present inside the game environment from where the player can do business and transact using that currency.

The game has been created by Intrepid Studios, and the studio has released plans and other pieces of information surrounding the alpha release of the game that is also being termed as “Alpha One.” The exact release date of this alpha version of the game is yet to be announced; however, the production has brought forward statements suggesting the invitation of gamers and game testers to examine the first phase of the alpha version release. The test sessions will begin by the end of this year, with the objective of the assessments being the examination of the mechanics and system of the upcoming role-playing game.

The results or the outputs collected from the testers, as well as from the game’s performance on the various platforms, will be used by the developers to tweak those specific portions of the game so that the game performs smoothly with balanced optimism on any given platform during its final release. The studio has also confirmed that the test sessions won’t be behind the curtains, i.e., fans of the franchise will be allowed to openly experience and interact with the game testing sessions and get a glimpse of how the game would look like. Fans would also get to check out a no. of new and upcoming siege weapons and warfare entities.

Ashes of Creation is inspired by other popular role-playing gaming titles that have achieved quite the love and fame from the gaming community. A node system has been included in the game environment so that the gamers can thoroughly enjoy the game even more. The node is nothing but a map of the game that would help the players advance through civilizations. The map also supports the multiplayer game mode where players advancing through civilizations will gain XPs and using those XPs, the gamer has to unlock new regions where he/she will find rival players of their same level or level above them. Advancing through would require defeating the rival gamers and then proceeding further into the game.