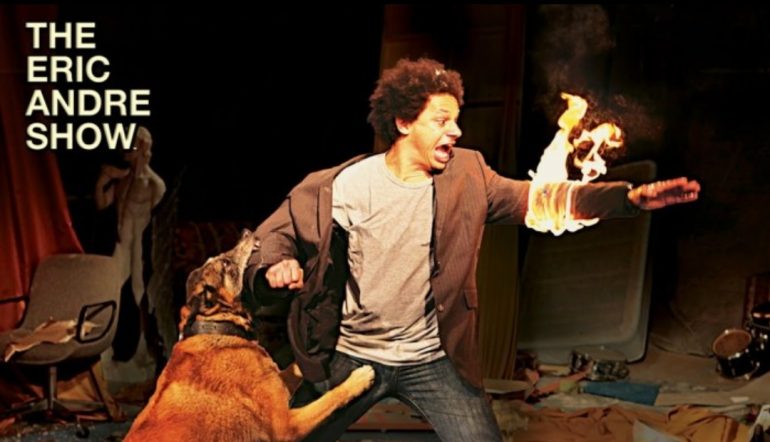 Just as the fans had begun to give their hopes upon the arrival of a new season of The Eric Andre Show, the show got renewed after a long break. The fans might already know about the news; however, if you are looking for the details and the guests, you have knocked on the right door. So let’s begin with it.

The first season of the show was narrated by Gary Anthony Williams, with Tom Kane replacing him in the next season, who was once again replaced by Robert Smith, who has been serving as the announcer since season three.

The fifth season of th popular talk show is all set to premiere on October 25, 2020. The show was renewed for the new season last year in November 2019. On May 20, 2012, the show first premiered with ten episodes in hand, on Adult Swim, excluding a special episode that was released later in December, the same year. The show returned for a second and third season on October 3, 2013. On November 6, 2014, with ten episodes each, while the fourth season consisted of another special episode apart from the usual ten, aired first on August 5, 2016. The show had completed the filming of the scenes for the fifth season before the world got locked down due to the unforeseen COVID-19 pandemic. The season was given an official premiere date on September 10 this year, followed by the official trailer’s release at the end of the month.

About The Eric Andre Show Season 5

The American surreal comedy TV show, ‘The Eric Andre Show,’ deals with celebrities’ imitations that include artists and writers to produce intentional exaggeration for comic effect. The series’ theme is the portrayal of surreal interviews of the celebrities and short sketches, the unscripted camera captures, clips, and non-sequiturs, highlighting Andre’s ridiculous behavior in the usual settings. The guests have to face the pranks pulled out to them without any prior knowledge. The show is expected to come back with a whole new set of comedy and pranks, pulled out by the host, in a new appearance, for the spectators to have a laugh.

Here is the official trailer of the upcoming season of the show. You can take a look at it. All you need to do is click on the attachment provided below.