Kota Factory Season 2 Release Date: When is the web series coming out? 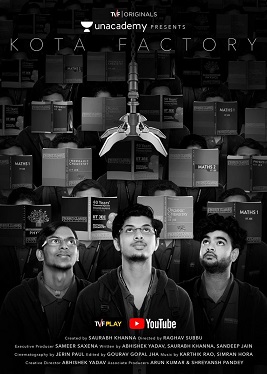 No one can deny that Kota Factory remains one of the most loved web series produced in India. The series managed to form a place in the audience’s hearts. Since the first season ended, fans can’t help but wonder when they will get to see the next installment of the saga of wannabe IIT students in Kota.

The Viral Fever has produced the quality web series, or as we call it in short, TVF. TVF is popular for making relatable and quality content, even if it takes longer than usual to do so. They seem to be unable to compromise on the quality part of the deal. Kota Factory has been directed by Raghav Subbu. It captures the comedy, struggles, and drama in the lives of high school students in India as they gear up for getting into one of the most prestigious institutes in India, the IITs.

The first season came out in 2019 on 16th April. The episodes were premiered on TVFPlay and YouTube simultaneously. The series was very well received by the audience and managed to garner decent to good reviews from the critics. The benchmark it set for itself was too high, which led the watchers yearning for more.

The release of the second season of Kota Factory has been the topic of discussion amongst the fans ever since it ended. The sad news is there is no confirmed date of release yet.

However, there is no need to get disheartened as the web series makers have already confirmed that the production of season 2 is a sure thing, and the next installment is in the production process.

We can hope for the series to return in early 2021. We still have to wait for an official announcement regarding the same.

The actual fans of Kota Factory do not need an official announcement to know who all will be returning from season one. As for the official statements, only Jitendra Kumar has been confirmed to be back as everyone’s beloved Jeetu Bhaiya.

As far as the plot is concerned, there has been no reveal on what we can expect in season 2. However, some fan theories suggest that the series will be moving forward from the point it left. We will see Vaibhav struggle in his new surroundings and the gang’s fate.

Some more theories suggest that we could be seeing their fate about getting selected into IITs. We could also be shown the college lives of all the students. However, all of these are just speculations, and no authenticity to these theories have been confirmed.