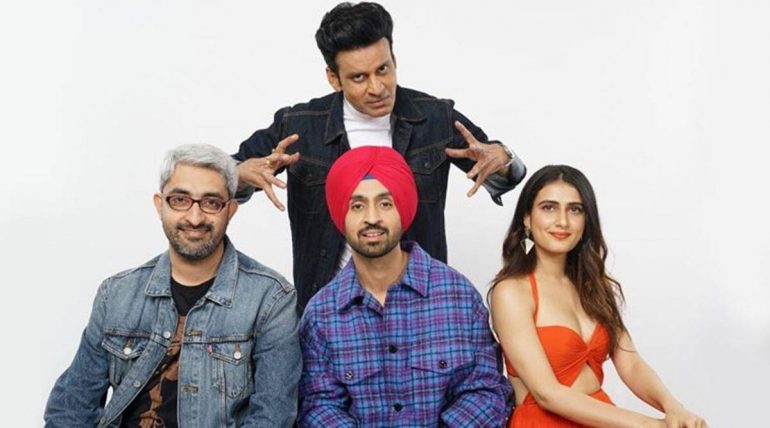 In this article, we will talk about the upcoming Bollywood movie named Suraj pe Mangal Bhari. The film is a satirical comedy-drama movie directed by Abhishek Sharma and produced by Subhash Chandra Goenka and Shariq Patel under the banners Zee Studios and Essel Vision Productions.

The movie stars Manoj Bajpayee, Diljit Dosanjh, and Fatima Sana Shaikh in the lead roles. An official trailer has been released for the film earlier, and the response has been favorable. But a confusion drew when the audience started questioning that the trailer did not specify where the movie would release. In these challenging conditions, all new and upcoming movies are being released on the online streaming platforms instead of releasing them in the theatres because all the theatres are shut due to the pandemic lockdown.

To address this issue, Shariq Patel, CEO of Zee Studios, sat down in an interview with Bollywood Hungama and said that just because the phrase “In Cinemas” wasn’t mentioned in the trailers doesn’t mean that the movie is going to release in online streaming platforms. He said that if theatres in Punjab and Maharashtra allow viewers to step in, the film will have a theatric release. Though theatres have remained shut for all the months of the lockdown, the government has allowed gradual reopenings to occur in the coming months at the end of the year.

Suraj pe Mangal Bhari would be releasing on 13th November 2020 in the theatres. Cinema halls will be reopening from the coming month and will be operating at 50% capacity. Due to this COVID-19 pandemic in 2020, the movies do not have blockbuster Week 1 opening and ticket sales in the further weeks. Hence, movies are being released on OTT platforms. Shariq Patel, in an interview with Bollywood Hungama, said, “If I am having a thousand shows on Weekend 1, I don’t want those shows to be reduced to just a hundred on Weekend 2…” He added that they would require at least some gesture of support from the multiplexers, especially when they are only allowed to operate at 50% of their strength. The producers have a backup plan, too, i.e., if the theatres remain shut and the movie fails to release in the cinema halls, the movie would be indeed released on OTT platforms, and it would be either Zee Plex or Zee 5.

The plot is quite simple and funny. In the 90s, Madhu Mangal Rane is a wedding detective whose job is to do background checks on grooms as there were no smartphones or social media to reveal past activities of the grooms. He happened to be the wedding detective in the marriage between the characters of Diljit Dosanjh and Fatima Sana Shaikh. This gives rise to comical situations which hilarious and funny. Here’s the trailer of the movie: