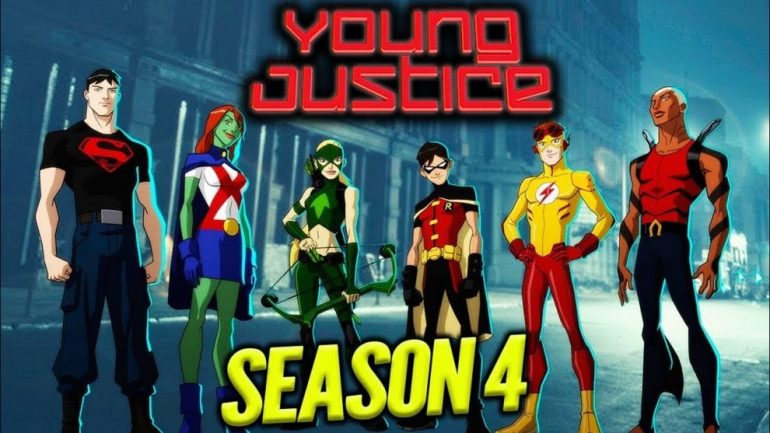 After the third season of Young Justice became a massive hit, the show’s loyal fans have been looking forward to getting to know about the next sequel of the series, which has already received its green light. Although there are a few changes to it, its connection with the spectators is expected to remain the same.

The show has been executive produced by Sam Register, with Brandon Vietti and Greg Weisman as the producers, working under the production house of DC Entertainment and Warner Bros. Animation.

The fourth season of Young Justice is estimated to release sometime in late 2021 on HBO Max. The series got renewed for a new season at San Diego Comic-Con, on July 20, 2019, while the title for the same was announced last month in September. The upcoming season will be titled ‘Young Justice: Phantoms’ and will consist of 26 episodes, just like the last season.

The series was first broadcasted on television on November 26, 2010, while the second season titled ‘Young Justice: Invasion’ arrived on April 28, 2012— both on Cartoon Network. The show’s makers canceled the show in 2013; however, in November 2016, the show was again renewed by Warner Bros. Animation for a third season, which was titled Young Justice: Outsiders and hit the screens on January 4, 2019, on DC Universe. However, this time, the series will release on HBO Max rather than on DC Universe. The show’s first season comprises 26 episodes, while the second season is wrapped up within 20 episodes. The third season was divided into two parts, with 13 episodes filled in each part.

The upcoming season of the series will bring back the voice cast from the last season, including— Jesse McCartney as Dick Grayson or Robin, who is a young genius and the protege of Batman, capable enough to bring into use high-tech gadgets as well as security hacking; Khary Payton as Kaldur’ahm or Aqualad, who is an original character, young Aquaman from Atlantis, having the capability to breathe under the water and even use hydrokinesis; Jason Spisak as Wally West or Kid Flash, playing as the protege of The Flash, capable enough to run at hypersonic speed; Nolan North as Superboy, who Superman’s genomorph clone, a hybrid of a Kryptonian and a human, sharing several of his skills. The show also casts Stephanie Lemelin as Artemis Crock, playing as the protege of Green Arrow, and Danica McKellar as Megan Morse or Miss Martian portrayed as the niece of Martian Manhunter.

Originally developed by Brandon Vietti and Greg Weisman, the American superhero adventure animated TV series has been inspired by the entire DC Universe, focusing on younger adult superheroes. The storyline of the show’s upcoming season has not been revealed by the shoemakers yet, but it’s not hard to say that the season will probably keep in the limelight the new Outsiders team of Beast Boy. If you have watched the last season, you already know that the ongoing battle from the previous season will bring the trafficking of metahuman teenagers to an end. We will be seeing Lex Luthor portraying a more prominent role this time, as the antagonist— The Light. There might be an expanded roster of superheroes in the fourth season of Young Justice.

The official trailer for Young Justice Season 4 is not out yet. It will be released a few weeks before the premiere date of the season. The third season of the series is available to stream on DC Universe in the US, while you can also watch the show on Prime Video. However, you need to have the subscription rights for the streaming service. Here is the official trailer of the third season. You can take a look at it now.