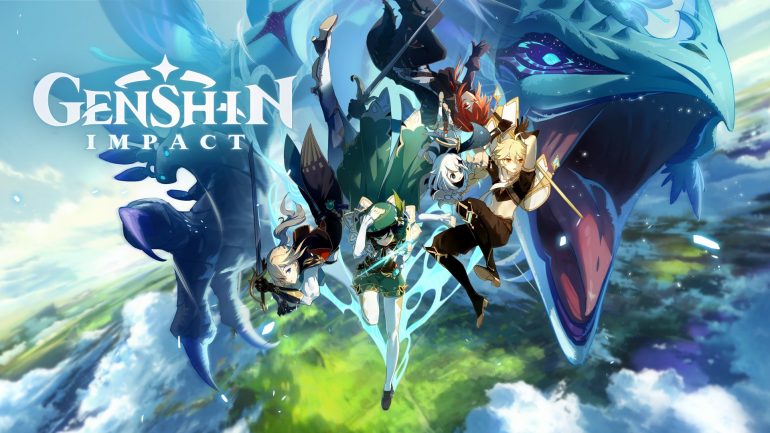 Hello there, welcome to GizmoSeries, and in this article, we will discuss the videogame Genshin Impact and its release details for the Nintendo Switch platform. Genshin Impact is a free-to-start role-playing videogame developed and published by miHoYo.

The game’s theme is a fantasy fairytale type with an open world environment where the player can roam free. It comes with an action battle system where all the weapons are magical and use magical powers to overthrow any individual or obstacle. Players can upgrade their powers and skills as well as their weapons either by training or by spending in-game currency. The game also comes with a multiplayer mode where it can support a maximum of 4 players. Genshin Impact has already been released for Microsoft Windows, PS4, Android, and iOS. A brand new version is in the works and will soon launch for the Nintendo Switch platform. If you haven’t watched the trailer yet, then here it is:

The location where the plot of the game operates is called Teyvat. The world of Teyvat holds seven distinct nations, namely, Mondstadt, Liyue, Inazuma, Sumeru, Fontaine, Natlan, Snezhnaya, and Khaenri’ah. Each nation prides itself on the possession of a unique element. That element has a specific god associated with it that the people of the nation devotedly worship. A pair of twins appear in Teyvat for the first time, but arrival time lies somewhere in the distant past.

They are prohibited from leaving the place due to a curse imposed on them by an unknown god. The god captures one of the twins and hides it away. The remaining twin, who is also referred to as the Traveler, has to journey through all of Teyvat, and on that journey, the Traveler makes lots of companions and friends, one of them being Paimon. All of them form a team and push towards the search of the missing twin. This is left for the player to explore.

Genshin Impact has already been released for Microsoft Windows, PS4, Android, and iOS on 28th September 2020. The developers from miHoYo announced a few days later that the game would also be released for the Nintendo Switch platform.

Unfortunately, there have been no announcements about an exact launch date as miHoYo is still working on the game and keeping it under development. There hasn’t even been the slightest of hints as to when the Nintendo Switch version will drop or how far has the development gone. Sam Lai, head of communications at miHoYo, said, “The Switch version of Genshin Impact is currently under development. More information regarding Switch beta testing and launch dates will be announced at a later time.”

Beta testing is the testing of the game before launching. This very testing is supposed to begin by the start of the new year, i.e., 2021. The full release would come afterward. The speculated time for the release seems to be mid-2021. At the very moment, miHoYo is more concerned with adding new content and services rather than making a new Switch port for the console platform. The developers are also working on a cross-save feature for Switch so that the saved game can help the player continue the game onto some other platform.