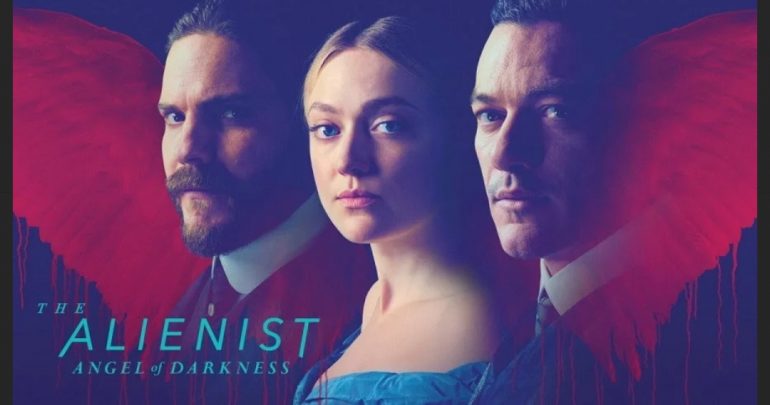 The second season of The Alienist has been added to Netflix for international fans to watch, and those who have been a loyal fan of the show since the very beginning are eagerly expecting a new season. Although the season could not completely meet the spectators’ expectations, and because less popular than the first season, it still managed to impress a massive number of people.

Although The Alienist Season 3 has not received the green light yet, the show’s chances of getting a third season are very high, judging by the cast members’ eagerness. Luke Evans, cast as John Moore, has explained in an interview that he would love to keep playing and exploring the character. The third season of The Alienist is expected to release sometime in early 2022 on TNT.

The Alienist Season 1 premiered on January 21, 2018, on TNT, with ten episodes in all. The second season of the show, titled ‘The Alienist: Angel of Darkness’ aired from July 19, 2020, to August 9, 2020, comprising eight episodes. Although the series, set in the 1890s, features characters from New York Times as well as the NYPD and is itself set in New York, the entire series has been shot in Hungary.

Since we haven’t received any confirmation on a new season, there is no trailer or a teaser video released by the show makers. However, you can binge in all the episodes of the past seasons of the series on Netflix. Watch the trailer of Season 2 here:

The American period drama TV series, based on the 1994 novel and it’s 1997’s sequel, bearing the same name, written by Caleb Carr, ‘The Alienist’ follows the story of a baby kidnapper, in the second season, who has also been shown as a serial street child killer. After many murders and murder attempts, Laszlo Kreizler, John Moore, and Sara Howard finally succeeded in tracking her down. As the crew smashes the case, Kreizler leaves for Vienna, while Sara and John separates; since John’s fiance is expecting, it will be interesting how the three of them join hands again in the upcoming season. Each season of the show delivers a self-contained story. Therefore, The Alienist Season 3 will also come up with a new plot. The storyline of the new season will depend on the book chosen to adapt from the list of books by Caleb Carr. The chances are that the season will be based on a 2016 novel titled ‘Surrender, New York’ by the same writer.

It is improbable for the upcoming season to feature characters from the second season of the show since his third book has been set in 2016, with all the new characters and a fresh storyline. However, since the show hasn’t got renewed yet, the show still can expand the story from the second season as well. The showrunner of the series has mentioned that he is waiting for Caleb Carr to develop a new book with the same set of characters, set in the same era.