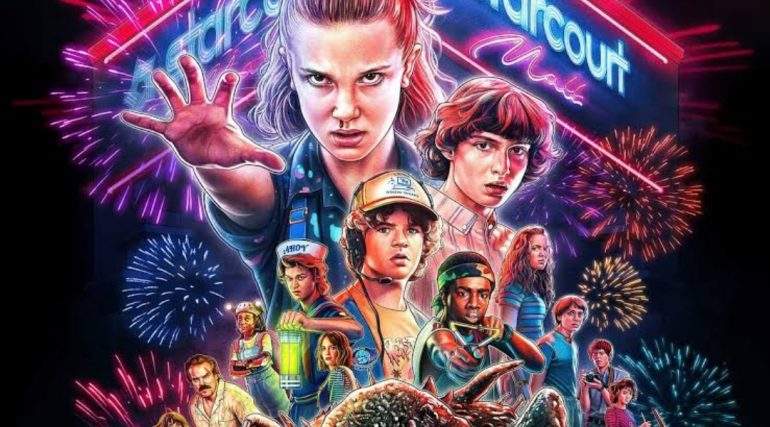 The loyal fans of Stranger Things are now free to get rejoiced since the crew members have resumed the production of season 4, after a long time, under necessary measures, of course. Like the previous seasons, the upcoming season of Stranger Things will also be produced by the Duffer Brothers, along with Shawn Levy, Iain Paterson, and Dan Cohen.

The fourth season of Stranger Things is expected to release by the end of next year, in 2021. Earlier, the show was scheduled to release in early 2021. However, the production got halted in the wake of the COVID-19 pandemic in March 2020. Although the production has resumed again, the official release date has still not been revealed to us. So the chances for the upcoming season to get released on the stipulated date are improbable to happen. The good news is that the scriptwriting is finished, and the cast members have expressed their awe for the same.

The first season of Stranger Things debuted on July 15, 2016, on Netflix, while the second season came out on October 27, 2017. The third season arrived on July 4, 2019, and later, in September 2019, the renewal of the show for the fourth season was announced. According to the Duffer Brothers, Stranger Things will have a fifth season, and it will probably be the final season of the series. Each season of the show comprises eight episodes, including the upcoming season, except for Stranger Things Season 2, which had nine episodes. While we gather more news on the show, you can catch up with the already-released episodes of the series on Netflix, as you won’t regret it at all.

Created by the Duffer Brothers, the American Sci-Fi horror series titled ‘Stranger Things’ is originally set in the fictional town of Hawkins, known as Indiana, in the 1980s. The first season puts its focus on the inquiry of a missing case of a young lad, Will Byers, along with dealing with supernatural incidents occurring all around the location, which also includes the presence of a girl named Eleven, having psychokinetic skills. In season 2, after Will is rescued from the clutches of Upside Down, it is discovered that he still is not entirely freed from the influences of Upside Down. Moreover, his friends and family need to confront a greater threat, which is more challenging to their universe than Upside Down. The horrors of the entities of Upside Down is expanded in season 3, where a secret laboratory under the new mall, Starcourt, opens the gateway to the Upside Down.

The upcoming season will mark Hopper’s return, who had been imprisoned in the cold wasteland of Kamchatka, in Russia, far from home. He will be facing dangers from both humans and the other creatures, while a new threat is waiting to set its foot, back in the United States, seemingly something which has been buried long, a secret connecting everything.