Riverdale Season 5 Finally Gets a Release Date – What to expect? 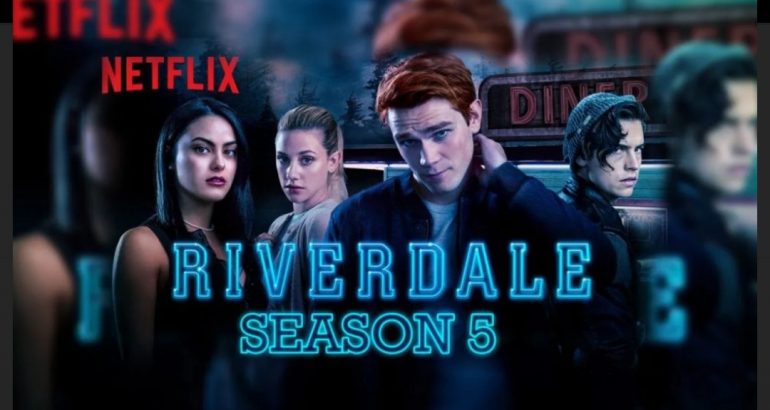 After an abrupt end of the fourth season, ‘Riverdale’ is coming back with a brand new season the next year. The new season will bring in a whole new set of twists, storylines, and also a few things that fans have always wished to see. Here is all the necessary information you need to know about the upcoming season of the series.

Based on the characters of Archie Comics, and narrated by Cole Sprouse for The CW, the American teen mystery drama TV series, titled, ‘Riverdale’ has been executive produced by Jon Goldwater, Greg Berlanti, Sarah Schechter, and Roberto Aguirre-Sacasa.

Riverdale Season 5 is scheduled to debut on the television screens next year, on January 20, 2021, on The CW. It was renewed back in January this year, while season 4’s filming was still in process. However, production was suspended after a crew member tested positive for COVID-19 on March 11, 2020. Season four, which premiered on July 8, 2019, concluded with 19 episodes rather than the planned 22, moving the last three episodes to make the beginning of the upcoming season. The story will take a leap to continue with the events of season 5. The production resumed again on September 14, 2020, but remain suspended for a week after new COVID-19 testing from among the crew.

Annnnnd #Riverdale is back. First scene up of Season 5: Archie in a steam room. Even in a Covid world, some things never change…🔥👀🏆💋❤️ pic.twitter.com/DJznFr0wYX

The series first debuted on January 26, 2017, on The CW, with 13 episodes, while the sequel started airing from October 11, 2017, comprising 22 episodes. On October 10, 2018, the third season of the series premiered, having 22 episodes. The upcoming season will be made up of 22 episodes, including the last three from the previous season. The episodes of the upcoming season will premiere on The CW channel whose date is to-be-announced, and you can watch it by having a cable subscription to it.

Meanwhile, you can also watch all the past seasons of the show on the official website of The CW or their mobile app in the US. Other considerable alternatives for watching the show online include— VuDu, Fandongonow, Amazon Prime, Google Play, Netflix, and iTunes.

The beginning of the fifth season will give us all the contents starting from the prom, the graduation ceremony to that creepy videotape mystery getting resolved. We will also get to know what is going on between Chic and Charles too.

Since there will be a leap of seven years, it’s possible that we might get a number of new characters, which include Tabitha Tate, Pop Tate’s granddaughter. Rumors also say that a few of the core four members will have a new love life, and one of them will probably be married. Vanessa Morgan has even stated that there will be a backstory for Toni, which is something fans have always wanted to have.

In the upcoming season of Riverdale, Camila Mendes, KJ Apa, Madelaine Petsch, Lili Reinhart, Cole Sprouse, and Vanessa Morgan will be seen reprising their roles. We can hope Charles Melton and Casey Cott to return as well. Earlier, it was stated that Skeet Ulrich would not be returning for season 5; however, according to the sources, he will make his final appearance on the show in the graduation episode. Moreover, Marisol Nichols, who was also supposed to depart by the end of season 4, will also come back as Hermione Lodge, with an important and more prominent role. Mädchen Amick, as Alice Smith and Mark Consuelos as Hiram Lodge, is also expected to return. The show will also feature Molly Ringwald, Martin Cummins, Nathalie Boltt, and Robin Givens in recurring roles.