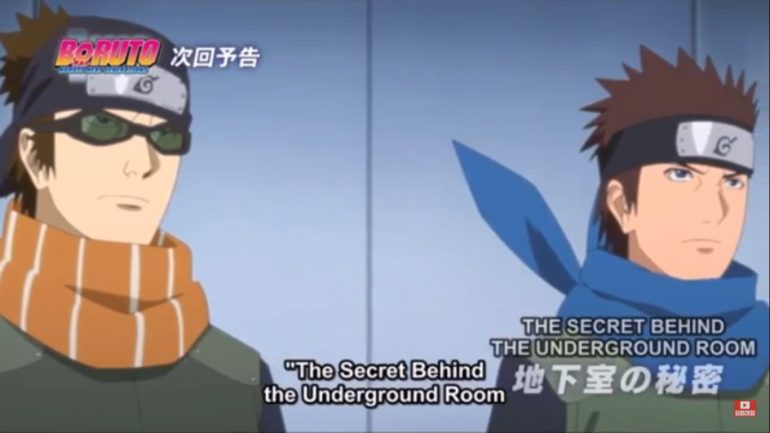 Boruto next generation has recently slowed down with less action in the recent episodes as team 7 recovers. Boruto and Sarada had taken some to traning while Mitsuki recovers back in Orochimaru’s place. Now it seems like the anime will be returning to action as both Boruto and Sarada have made some improvements through their training. So we are likely to see more developments into the investigation of Victor’s company.

The latest episode seemed to have taken things a little bit slow as Boruto was bedridden due to overuse of chakra, but had managed to develop a stronger Rasengan, albeit with adverse draw backs. Lately we haven’t seen much screen time from other teams and how they have been doing. But it was apparent that they where affected by what happened to ream 7 and did not want to get left behind.

Boruto Naruto Next Generations Episode 173 will be released on 08 November 2020 at 5:30 PM JST. The anime episode will be available for streaming in Crunchyroll an hour after its local Japanese release time. You can also catch new episodes on Funimation and Hulu according to your local region as some streaming services are not available world wide but are region locked. As usual new episodes are released every weekend on Sundays.

In the latest anime episode Boruto was still unconscious right until the very end. So the anime took a little break from looking at team 7 and had an unrelated incident that saw the Konoha Genin meet with Orochimaru. Well it was in an act to encourage some kid into taking surgery at the leaf hospital as he was very scared.

So Iwabe and his team came across him at the hospital and the Kid gave them a difficult task of getting Orochimaru’s autograph just to see how tough these Shinobi can be. Well it was very scary for them and we did see some sort of comedic effect imbedded into their journey to and from Orochimaru’s place.

Another good thing was that they where able to ask how Mitsuki was doing to which Orochimaru ensured that he will save him no matter what it takes. Now heading back to Konoha village, they managed to present the boy with Orochimaru’s autograph to which he was shocked by their bravado. At least this encouraged the boy to undertake his surgery and that was it.

At the end Boruto managed to recover and catch up with Sarada and it looks like they are more than ready for some action. We also have the synopsis of the upcoming episodes and together with the preview, then we will have a clear idea of where things will be going from here on. Boruto’s growth, in fact together with the rest of his Genin class seems to be a little bit slower that most might anticipate.

But with more investigations on Victor’s company on the horizons then we will get to see the result of their training in action as it is likely that they will be dispatched for this mission. We have the preview of the upcoming episode thanks to Anime Rewatch

We also have the Synopsis of the episode courtesy of @OrganicDinasaur :

While Konohamaru and Mugino were conducting reconnaissance at Victor’s company, they acquired some confidential intel. They Intel proved to be useful to them when entering an area that was physically restricted to only certain personnel. And this enabled them to to further investigate into the inner depths of Victor’s research facility.