Apple One – Know all about its Plans, Perks, and Package 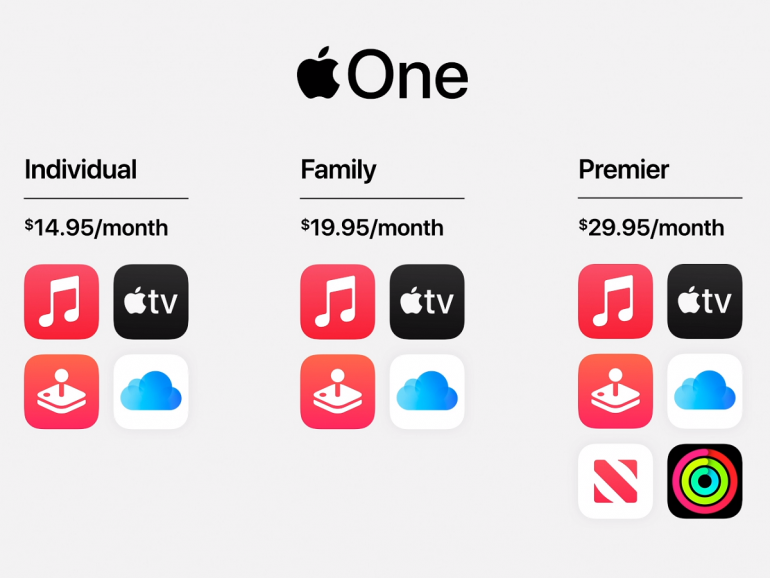 Apple One is here for its loyal users again. Every time Apple releases something, it is for the comfort of its users. Apple is now launching its new service, Apple One, a bundle of all individual Apple services at a much discounted price. Now, Apple users will be able to avail of the individual Apple services for a better price and enjoy them more.

Here are all the details you need to know about the plans of Apple One, the perks they offer, and the packages. Read on to know everything.

The Apple One Plans

Apple One has released three plans in its Apple Bundle. The first one is the individual plan that is meant for single person users. The next plan is the family plan using which a user can share the services with five other users. This plan comes across as a very pocket-friendly plan.

The last plan is the Apple One Premier Plan.

Let us discuss the perks and benefits each plan offers to its users.

The Apple One Individual Plan

The Apple One Individual Plan offers a subscription to Apple Music, Apple TV Plus, Apple Arcade, and 50 GB storage on the cloud. In India, the plan would cost 195 INR per month. Without the plan, the services cost 99 INR per month for every individual service of Apple. iCloud storage costs 75 INR per month. If we add all of it, it costs somewhere around 372 INR, which now the users can avail of at only 195 INR, which is a great deal.

The Apple One Family Plan

The Apple One family plan comes with an additional perk that can be shared among six people at most. This plan also comes with Apple Music, Apple TV Plus, Apple arcade, and 200 GB of storage on iCloud. Individually, six individual plans would cost 195 INR to each user, a total of which would be a sum of 1170 INR. The Apple One Family Plan users can avail of it at a price of 365 INR only.

Even the family plans of all individual services cost more when calculated. Apple Music Family Plan costs 149 INR while Apple TV Plus and Apple Arcade cost 99 each. iCloud charges INR 219 for 200 GB of storage. Adding this, the user would have to pay a sum of 667 INR at the minimum, which now they can avail of at 365 INR, 201 INR less than the original price.

Apple One Premier Plan is not available in India yet. The premier plan is scheduled for a release in the US, UK, Canada, and Australia. After the primary launch, it is possible that the premier services could be made available in other countries as well.

The release of all the plans is expected to be here by December.