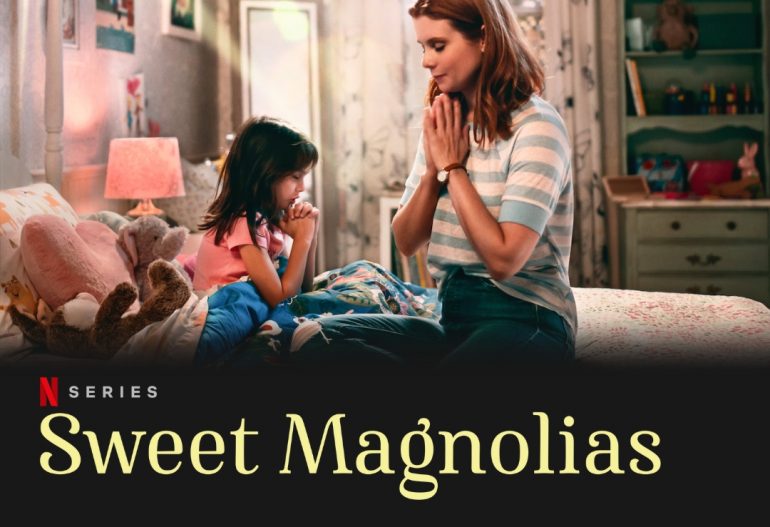 Immediately after watching the finale episode of Sweet Magnolias, the first thing that the show’s fans asked for, is a sequel. Thankfully, Netflix did not play the dirty and renewed the series almost immediately. The series premiered on May 19, 2020, with ten episodes in hand released on the same day. The series has been executive produced by Sherryl Woods, Dan Paulson, and Sheryl J. Anderson, under the production house of Daniel L. Paulson Productions, with Netflix serving as the distributor.

Netflix has renewed the second season of the series in July 2020; however, they are yet to announce the date on which the season will premiere. It is hard to predict the release date since many studios had gotten closed temporarily in the wake of the Coronavirus pandemic. It has only been a while since different studios have started filming again, but we don’t know when the production of Season two of Sweet Magnolias will start. Keep the current situation in mind; it’s safe to assume that the series might not arrive before 2021’s fall.

We can expect the return of most of the important members of the cast, including JoAnna Garcia Swisher as Maddie Townsend; Brooke Elliott as Dana Sue Sullivan; Heather Headley as Helen Decatur; Logan Allen as Kyle Townsend; Carson Rowland as Tyler Townsend; Anneliese Judge as Annie Sullivan; Justin Bruening as Cal Maddox; Chris Klein as Bill Townsend; and Jamie Lynn Spears as Noreen Fitzgibbons. We may also witness the return of Mayor’s daughter, Nellie, played by Simone Lockhart, who had got injured during the car crash; Brandon Quinn as Ronnie, the estranged husband of Dana Sue; Chris Medlin as Isaac, Dana’s sous chef who may also be her son; Dion Johnstone as Erik, her head chef; and Michael Shenefelt as Ryan, Helen’s former boyfriend.

The American romantic drama TV series ‘Sweet Magnolias’ revolves around the life of three South Carolina women, who have been each other’s best of friends since childhood, supporting one another through the difficulties of family, romance, and career.

The first season of the show ended on a major cliffhanger, with an unexpected car crash, which was not exactly a part of the book. Hopefully, we are going to get the answers related to the car crash, Maddie and Coach Cal and Issac’s parents, following the existence of some new set of questions to keep us wondering till the third season. Based on Sherryl Woods’ novels going by the same name, the first season of the series has covered the first three books; therefore, there is still a lot to be explored for the upcoming seasons. Moreover, the showrunner has mentioned that they don’t think they will ever fall short on stories that have been laid out in the novels by Sherryl Woods, plus the extra elements that usually gets added in the TV writers’ room— clearly hinting at the existence of many future seasons to be a part of the show.

The official trailer for season two is yet to be released since the filming has not started till now. Meanwhile, you can catch up with the past episodes of season one of the series on Netflix if you have an active subscription. The show has received appreciation from the critics as well as the spectators; we will blindly recommend it to you. Here is the trailer of Sweet Magnolias Season 1 for you. Take a sneak peek at it before beginning with the series.