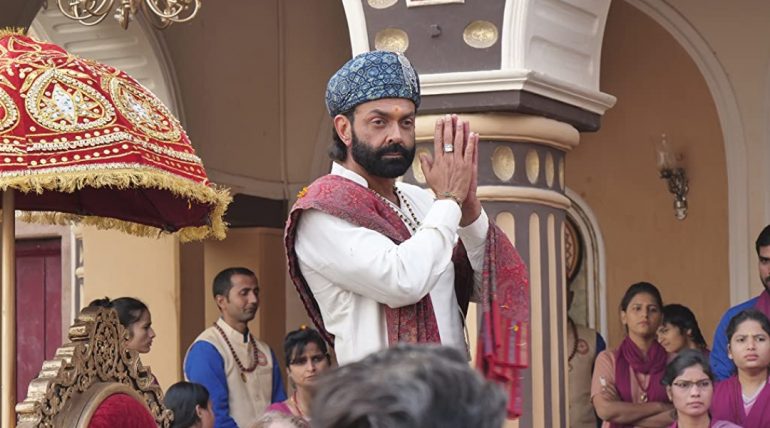 The success of the Indian web series ‘Aashram’ came as a surprise to most people after it first premiered on MX Player. The major cliffhanger with which the show was left off made the viewers crave the second season to hit the screens as soon as possible. It seems like their wishes have been granted since we are really going to get Aashram Chapter 2 this month.

Directed and produced by Prakash Jha, under his own production house, the crime drama has been written by Kuldeep Ruhil, Madhvi Bhatt, Tejpal Singh Rawat, and Avinash Kumar. The series became a massive hit receiving 100 million views in the first five days of its release on the OTT platform.

The second season of Ashram is all set to release on MX Player on November 11, 2020, for free. The series came out of nowhere, with the trailer being released just a few weeks before the show’s date of release. Even the news of the second season, which was announced through the official trailer, came out just two months after the first season premiered on August 29, 2020, where most of the web series takes about a year to release a sequel. The series first debuted on August 28, 2020, comprising of nine episodes with a screen time of 45 minutes per episode.

Here is the official trailer of the second season of the series for you to have a better view of the upcoming season.

It is expected that the second season will pick up the storyline from where it was left back in season one, that is, with Babaji trying to convince Babita to get united with his inner circle; otherwise, she will have to face the awful consequences. We can expect to know more about the past of Babaji. According to the sources, law enforcement can become a key storyline within the second season. Moreover, with the expansion of the story, there may be a greater survey of our characters.

Set in the fictional city of Kashipur, the story revolves around a self-proclaimed Godman, known as Baba Nirala. Their followers trust him blindly and are eager to do everything that he asks. However, soon it is revealed that Baba Nirala is no one but a conman who tricks people into donating a lot of wealth for him to stay connected to the Aashram throughout his life. Pammi, a girl from the lower cast, falls prey to his trap too. Meanwhile, Sub-inspector Ujagar Singh, played by Darshan Kumaar, and constable Sadhu, are determined to unfold the story behind the skeletons found in the adjacent forest and the dead bodies discovered from Asharam’s property, amidst the prominent times of elections. All the evidence and links of the inquiry point towards the same place that is the Aashram.

Meanwhile, Baba Nirala ropes in Tinka Singh, who is a famous pop-star, and becomes a youth icon. His rising fame makes him a core of attraction for both the political parties contesting for the elections. Now the question is— Will he be punished for his unholy criminal activities, including murders, drugs, rapes, forced male emasculation? Or will he succeed in fleeing this time? Pammi’s fate will also be shown in the upcoming season of the series.