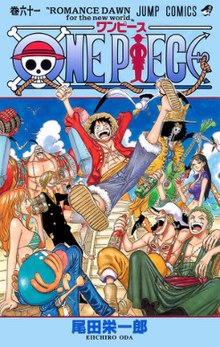 One piece is one of the most loved Japanese manga series, which has turned itself into a huge franchise altogether. The manga has been going on for longer than two whole decades. It debuted back in July 1997 and has been going on till the present. Since its debut, it has been serialized in the Weekly Shonen Jump magazine.

The story revolves around Monkey D. Luffy, who suddenly acquired rubber properties after mistakenly eating a devil fruit. The adventure fantasy novel is written as well as illustrated by Eiichiro Oda.

Adaptation of One Piece manga series

Looking at the popularity and great storyline of the manga series, it began featuring in several adaptations. It was adapted into an anime series in 1999. Additionally, festival films and video games were also developed, keeping the massive franchise in progress.

The series’ progression was not limited to the kinds of stuff that can be read and seen. Eventually, music was released based on the manga series as well as theme parks, and other establishments began opening up with the theme of One Piece. A series of light novels were also released along with art and guidebooks. It does not happen too often when a mana series gains this much popularity that it becomes a full-fledged franchise. One Piece has managed to do so.

Is One Piece chapter 995 delayed?

One Piece has been witnessing some irregularities in the present time. Due to the coronavirus situation, every sector has faced a halt or at least a slow down in the pace of work as now they have to work from home away from the office, which creates some major problems for things to go smoothly. With a franchise as big as One Piece, some trouble is bound to exist.

Yes, the upcoming chapter of One Piece is indeed delayed, and fans will have to wait some more before continuing the story.

Author’s take on the delay of chapter 995

Fans were also concerned for the author as previously it had been hinted that he was not in the best of health conditions. However, this is not the case for this time. The delay is caused by other team issues and not by the author’s health conditions.

He has even stated that he is heartbroken about the situation going on. He stated that he would try his best to keep the manga series going flawlessly. Let us hope he keeps on updating the series for the fans while maintaining the utmost care of his health in the ongoing harsh times.

When is chapter 995 going to release?

The chapter is all set to release on 15th November 2020, Sunday. Raw scans and spoilers are released a couple of days prior to the official release so we will have to wait to know the happenings of the next segment. However, it is predicted that great havoc is on the way since Kaido has taken his human form. Sources suggest that the upcoming chapter will witness great action and drama.