I Carry You with Me Reveals the US Release Date, Storyline and Trailer 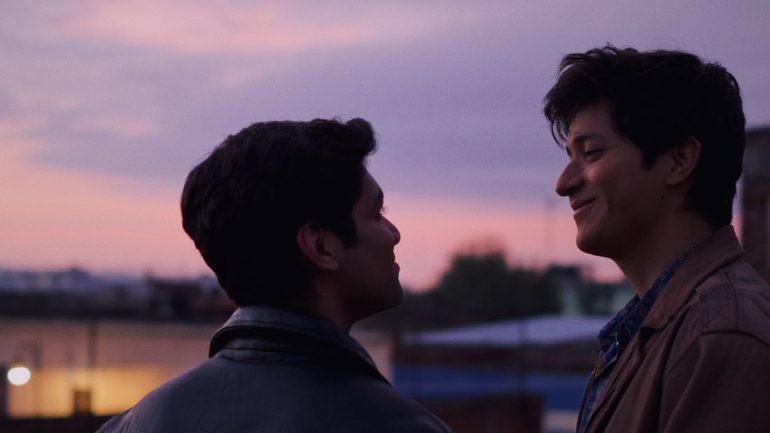 Originally known as ‘Te Llevo Conmigo’ in Spanish, the movie is scheduled to release internationally on January 8, 2021, in the USA. On January 26, 2020, the movie premiered at the Sundance Film Festival and was initially about to release in April 2020, but got rescheduled, thanks to the Coronavirus pandemic. The U.S. distribution rights to the movie were acquired by Sony Pictures Classics, with Stage 6 Films serving as the movie’s distributor globally. It is an American-Mexican film, with a runtime of 111 minutes approximately. The movie has been praised both by the critics as well as by the spectators, receiving a rating of 7.97/10 on Metacritic.

Defined as a wounding gorgeous and eventually hopeful story of love, the movie casts Armando Espitia as Iván, Michelle Rodríguez as Sandra, Christian Vázquez as Gerardo, Ángeles Cruz as Rosa Maria, Arcelia Ramírez as Madga, Raúl Briones as Marcos, Michelle González as Paola, Luis Alberti as Cucusa, and Pascacio López as César in lead roles. The show has been produced by Heidi Ewing, Gabriela Maire, Mynette Louie and Edher Campos, under the production house of Black Bear Pictures, The Population, Loki Films and Zafiro Cinema. The executive producers of the movie include Norman Lear, Teddy Schwarzman, Brent Miller, Michael Heimler and Ben Stillman, while the music has been given by Jay Wadley, supervised by Héctor Vázquez.

I Carry You with Me Storyline

Set in Mexico, the story is about a young man, Iván, working at a restaurant, yearning to be a chef in order to fulfill his dream while providing support to the mother of his baby. Later, he comes across Gerardo, who is a handsome teacher, and unlike Iván, he is homosexual. Both of them fall in love with each other, and the story advances with intermittent flashbacks revealing their childhoods and family relationships. However, the existence of their romantic relationship causes disputes, and Iván is not allowed to see his son anymore. In hopelessness, Iván makes a hard decision to move to New York to take his culinary career forward and build a better life for his son. On the other hand, Gerardo emigrates to New York as well, for his love, where both of them realize that the American dream advances gradually. Despite the agony of detachment from his family, they create a new home of their own back in Mexico.

The movie has been directed by Heidi Ewing, with the scripts written by Alan Page Arriaga as well as Heidi Ewing. After directing several number-one documentaries, ‘I Carry You with Me’ is Heidi Ewing’s debut narrative movie inspired by a well-acclaimed chef of New York City, who pays tribute to his country with his cuisine. Lensed by Juan Pablo Ramírez, the amazing and emerging Mexican cinematographer, the movie showcases Iván’s recollection left memorable, with his predicament of being unable to go back to his home country, extra heartwarming.

Here is the official trailer of ‘I Carry You with Me’ released by Sony Pictures Classics. You can watch it here and get a glimpse of the movie’s characters and the storyline.