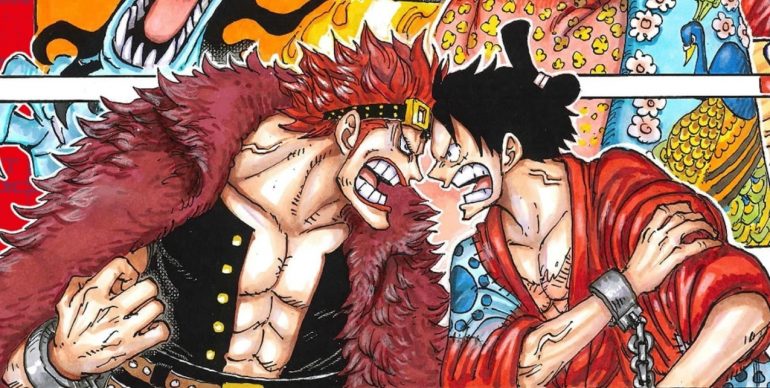 With the new upcoming chapter and the spoilers having made their way across the internet. Its about time we take a look at the manga schedule for One Piece. The next manga chapter will be dropping this weekend, and for those who follow first hand spoilers. They have already seen how things will develop in the upcoming chapter. If you want to wait for the official release, then you will find out more over the weekend when One Piece 996 will be officially released.

The manga will not be taking a break this time around. and the spoilers for One Piece 996 will be releasing earlier next week. If you are eager for more action, we will also be updating this post accordingly as soon as the next chapter’s spoilers are released. That is when we will get to see more events on the encounter between Big Mom Pirates and Marco who is trying to keep them at bay from entering Onigashima.

One Piece Chapter 996 will be released on Sunday, 22 November 2020. After a break that was observed last week. The manga is back to its usual Sunday schedule and that is when more episodes will be released weekly. The manga has finally given an update on Marco’s battle and this time around, there is a new cover story as Bege’s Oh my family cover story has just ended. Lets take a look at the latest developments from the manga spoilers below.

One Piece Chapter 995 will be officially released on 15 November. The manga spoilers have been fully revealed and are as follows:

The chapter’s name is “Kunoichi’s oath”

Marco’s battle with Big Mom’s pirates continues as he tries to stop Big Mom from entering Onigashima. He clashes with Prometheus flames but turned out victorious due to his special phoenix flames. Big Mom managed to catch him off guards so that Perospero can finish him but he is rescued by Carrot and Wanda who took on Perospero while he deals with Big Mom.

Big Mom realizes that this is just to stall her from getting to the big battle and storms off to Onigashima riding on Zeus.

Back in Onigashima main stage, Queen continues with his games. Brook appears to be immune to the Koorioni since he has no flesh nor blood. Queen recognizes Sanji as Vinsmoke Judge’s son after looking at his wanted poster.

Apoo continues with the game of tag as he has the antidotes. Zoro and Drake tries to stop him by attacking in unison but he blocks their attack with a tonfa. Chopper seems to have realized something strange about the Koorioni. But he also realizes that he has caught the virus as his arm starts to freeze.

Ulti and Page One’s fight with Nami and Usopp continues. They try to combine their attacks which seems to be working at first. But Ulti and Page One’s team work seems to be better that theirs. Nami is knocked down and so in Usopp whose head seems to have been crushed. Ulti picks up Nami and asked her to declare that Luffy wont be the pirate king so Ulti can spare her life.

Nami shouts that Luffy will become the Pirate King and as Ulti is about to kill her and she is saved by O’tama and Komachiyo.

New chapters of One Piece manga are released every weekend and you will be able to officially read them on VIZ Media and Manga Plus official websites. So make sure you use these official platforms to support the manga creators. The websites also have their respective apps for mobile phones so you can read the latest 3 chapters for free.