Rumble Postponed to a New Release Date: All Updates 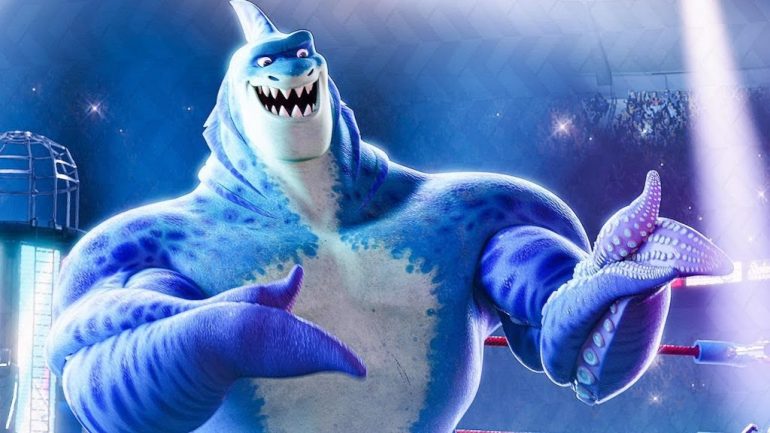 The long-awaited animated movie, ‘Rumble,’ was finally going to arrive as a new year treat, but it seems like the viewers need to wait for a few more months before the movie can be watched, all thanks to the pandemic again. Here is all that you need to know about the upcoming movie, along with the new premiere date, characters, and storyline.

Produced by Brad Booker, under the production house of Paramount Animation, WWE Studios, New Republic Pictures, Reel FX Animation Studios, and Walden Media, the movie has been directed by Hamish Grieve, which is his directorial debut, with the scripts penned down by Matt Lieberman and Hamish Grieve. The American animated sports comedy movie, ‘Rumble,’ is inspired by the 2013 graphic novel going by the same title, ‘Monster on the Hill’ by Rob Harrell.

The premiere of Rumble has been postponed again, and now, in place of January 2021, the movie will be available to watch in the theatres from May 14, 2021, in the United States. The first choice for the creators of the movie to release ‘Rumble’ was of Summer 2020. However, it got postponed when the theatres closed down due to the Coronavirus pandemic. The movie, originally titled ‘Monster On The Hill,’ was announced on April 25, 2018.

The movie has cast Geraldine Viswanathan as the voice actor of Winnie McEvoy, who is portrayed as a monster wrestling trainer, following the footprints of her father to train the monsters for them to compete in the global wrestling championship. The movie also features Will Arnett who has given his voice to Steve, a red giant reptilian monster, who is an amateur in wrestling; trained by Winnie; Terry Crews in the voice of Tentacular, who is a shark-headed tentacled monster and the winner of the past championships of Monster Wrestling; and Fred Melamed in the voice of the mayor. Other actors who have given their voices to the movie’s important characters include Becky Lynch, Ben Schwartz. Jimmy Tatro, Kristen Bell, Bridget Everett, Roman Reigns, Susan Kelechi Watson, Stephen A. Smith, Chris Eubank, Charles Barkley, and Michael Buffer.

Set in a world where humans and giant monsters collide, the monsters are tamed and trained hard as superstar athletes in order to compete in professional wrestling competitions, known as Monster Wrestling. Winnie, a young girl, strives hard to train a lovable and amateur monster, named Steve, as a coach, just as her father used to do, into an experienced and powerful competitor for the wrestling matches in order do out-do, ultimately, Tentacular, the all-time champion of the sport. The movie is going to take us into a world full of amazing animated visuals, with some real wrestling aesthetics. The collaboration of WWE Studios with Paramount Animation is going to be really iconic, so get ready to witness this in the upcoming year.

The movie’s official trailer was released earlier this year in February when there was only a little chance for the world to get locked down at homes. The trailer came out along with a teaser poster, featuring giant monsters battling in a professional wrestling competition. Here is the trailer of the movie. You can take a sneak peek at it to get a better view of the characters and the movie’s plot.