The All-Female led Film: The 355 Arriving Next Year, Updates 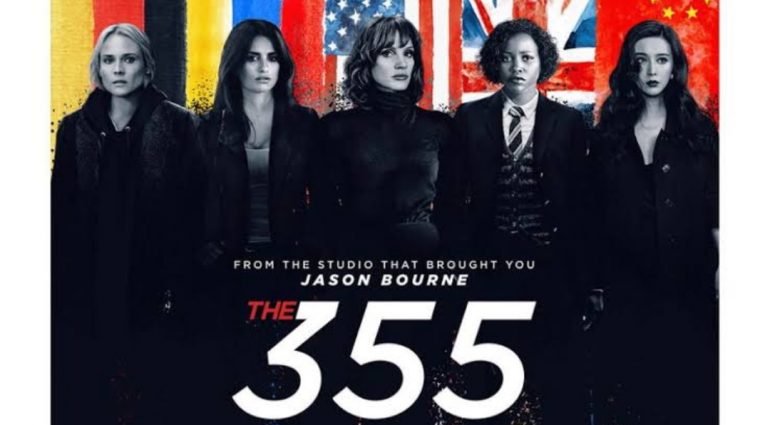 After a wait of almost two years, we have finally got to hear from the team of ‘The 355’. This movie seems to be a perfect fit for all the people who are a big devotee of the commercialized action genre movie. Adorned with an impressive set of cast and crew members, the movie is one of the year’s most anticipated movies. So without any more delays, let us get started with a brief guide to the release date, cast, and storyline of ‘The 355’.

The spy action flick, ‘The 355’, is all set to hit the theatres on January 15, 2021, in the United States. After going through delays in filming due to the Coronavirus pandemic, which has led many other movies to reschedule, for instance, ‘Black Widow’ and ‘Wonder Women 1984’, the film crew is finally done with the productions. The movie started with the shooting back in July 2019 and completed it in July the next year, between Morocco, Paris, and London.

The movie casts a number of well-accomplished artists, no wonder people are looking forward to watching this. When viewed as a thrill-filled movie, it’s a little surprising that ‘The 355’ features a group of women spies belonging to different nationalities. It casts Jessica Chastain, two-times Oscar nominee, as the protagonist of the story, in the character of Mason, aka Mace Brown, who is portrayed as a CIA’s wild card agent. Other important members of the movie include Lupita Nyong’o as Khadijah, playing the role of a former MI6 ally as well as a pioneering computer specialist; Diane Kruger as Marie, who is a rival German agent; Penélope Cruz as Graciela, portrayed as a qualified Colombian psychologist; Fan Bingbing as Lin Mi Sheng, who is a mysterious woman tracing every little move of the team; Sebastian Stan as Nick, who is Mace’s colleague and a CIA agent; and Édgar Ramírez as Luis, shown as a Colombian agent. The movie also casts John Douglas Thompson as Larry Marks, Emilio Insolera, Oleg Kricunova as Pyotr Khasanov, Jason Wong, Hiten Patel as Ahmed-Imam, and Leo Staar as Grady in prominent roles.

The movie has been directed by Simon Kinberg with the screenplay done by Theresa Rebeck and Simon Kinberg and Produced by Jessica Chastain, Simon Kinberg, and Kelly Carmichael under the production house of Freckle Films and Genre Films.

The American spy movie follows the story of five detectives belonging to a variety of security organizations, united to prevent the third world war, which would be caused by a global organization if they succeed in getting a weapon capable enough to ruin the entire world. The action takes place from Parisian cafes to Morocco’s markets and to the wealth and glamour of Shanghai, as the women spy team generate a dedicated loyalty to save the world.

Five rival agents. One elite team. We are #The355. Watch the trailer now.

❤️ this tweet to join us and we’ll send monthly mission updates. pic.twitter.com/6oIeKEBoyo

The first look of the movie was launched just a few weeks ago. The trailer depicts Jessica, who has been sent on a life-threatening mission, where she keeps an exclusive group of five rival agents. Although their actions are a little inauspicious, as seen in the trailer, we know their real aim is to prevent the war. Watch the official trailer of the movie to get a better view of the characters and storyline. You can catch up with the trailer here, without looking for it anywhere else.